With the internet such a focus for marketing spending, how are advertisers finding ways to reach consumers through the social networks with a potential audience of millions? 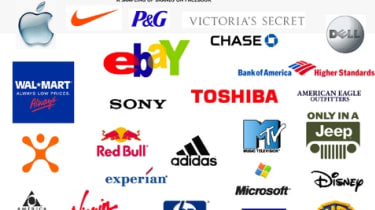 The most effective adverts are the ones targeted towards a specific type of consumer, one who will be most relevant and thus willing to buy the advertised product. You see this in television when toy adverts are shown in breaks between cartoons, and when beer companies sponsor football clubs and competitions, simply because many football fans drink a lot of beer.

The same applies online, and social networking is a prime example. Social networking websites such as Facebook and MySpace see advertising as a key revenue generator, as opposed to subscriptions and paid-for content. Such services look very attractive to businesses as their user bases run into the millions. There is a major difference they have to think about though - due the nature of the relationship between the user and the network they are part of, advertising can potentially be tailored to every user that types in their details, or the types of website their profiles are linked to.

This means that if you as a user supplied details of your music preferences, adverts could come up which show you where to buy CD's or buy gig tickets for your preferred bands or music genre. The same applies if you were to share your age - adverts could then be tailored based on age range, and with it helping to ensure that adult content is not displayed to children and so on.

This is not so different to what you get when you use the Google search engine or Gmail, where sponsored links come up depending on what words you were looking for or what keywords appear in your email, but it is still worrying in the sense that whatever you type could be shared rather than kept private, and possibly used for commercial purposes outside what you were initially expecting.

Social networking sites such as Facebook, MySpace and Friendster follow this model to a fair extent. For example, people in the age range of 20-30 tend to get adverts which try to sell credit and lending services, as advertisers know this section of the population is usually willing to sign up for these. Older users or those with children may get adverts selling life insurance and pensions, while younger users could receive MTV style youth advertising complete with flashy video and sound.

Facebook went one step beyond this by introducing Beacon late last year, which aroused controversy. Beacon is a web monitoring feature that notifies a user's friends through newsfeeds when they visit affiliated websites. The feature drew a wave of criticism upon launch, with groups such as Moveon.org swiftly popping up to sign petitions and protest against what they claimed was an invasion of privacy because it tracked individual member's spending habits on other sites and effectively shared this with advertisers to allow for targeted advertising.

Following News Corporation's takeover of MySpace in 2005, the service was expected to become more commercial, yet looking at the service today it isn't immediately obvious. A quick browse though and you can see conventional ad banners from the likes of Orange and Skype on various pages and sponsored advertising on profile pages thanks to a $1 billion (500 million) sales deal with Google. Beyond this, the service has yet to really tap the potential for advertising.

Bebo, the UK-based social networking service aimed at a younger user base of 11-18 year olds, has a different model where users are able to decide what type of advertising they want when they are on the site. The apparent success of this approach for Bebo underlines the principle that people don't mind advertising in exchange for free content or services, but it does beg the question about how advertisers selling products such as insurance and toilet paper would be able to get any exposure as opposed to companies offering mobile phones and games consoles.