Blu-ray's mountain to climb: is the format war really over?

With the announcement that Warner Bros is going with Blu-ray, it seems the Sony-backed platform has won the HD format skirmish. But what about the bigger battle ahead? 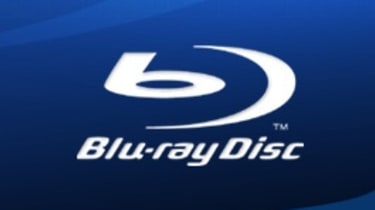 This past weekend, Hollywood movie giant Warner Bros made perhaps the most critical decision in the ongoing HD DVD vs Blu-ray format war.

Long wooed by both sides, and the last platform-neutral major, Warner's decision to opt for Blu-ray has, most believe, called the race in favour of Sony's format. Given that Warner sells more high definition discs than anyone else, and given that its catalogue is broader and more populist than many of its rivals, the gravity of its choice simply can't be understated.

On the show floor of CES in Las Vegas, the mood has been borderline euphoric among Blu-ray supporters, while the HD DVD camp has struggled to effectively respond to what many perceive as a knockout blow. The planned HD DVD press conference was cancelled at the last minute, Microsoft's strongly-rumoured Xbox 360 games console with internal HD DVD drive wasn't mentioned at all in Bill Gates' keynote, and there was little sign of any substantive hope for the format either as a consumer video platform or as a business data platform.

Then, when the Financial Times reported on Tuesday 8 January that Paramount - one of the two big studios left that exclusively produce HD DVD discs - had an opt-out it was going to exercise to jump to the Blu-ray camp too, it seemed a war that had waged for over two years had ended in just four days.

The Paramount rumour has since been debunked by the studio - at least for the time being - but this has still undoubtedly left the HD DVD camp in a weak position. Unless it miraculously pulls something unexpected out of the fire, then the high definition format war will be over very soon indeed. Because the deck is now stacked like this: on the HD DVD side stands Paramount (along with its DreamWorks subsidiary) and Universal, while supporting Blu-ray are Fox, Disney, Sony (including its MGM subsidiary) and now Warner. Can HD DVD lure a studio such as Disney across to its side? It's all but impossible that we'll see that situation. Instead, it's more likely that Apple is set to introduce Blu-ray players in some of its Mac products next week at Macworld in San Francisco, landing another blow against HD DVD. Meanwhile Paramount - which switched to HD DVD exclusivity thanks, it's strongly rumoured, to a major financial incentive - will be announcing renewed Blu-ray support sooner rather than later.

Yet believe the very strong rumours, and this time last week the picture was very, very different. It's been widely reported that 20th Century Fox was believed to be on the verge of shifting over to HD DVD exclusively (where previously it had exclusively supported Blu-ray), and Warner would have followed suit had Fox done so. It took a last minute change of heart from Fox to keep it with Blu-ray, and Warner - keen for the format war to end as soon as possible - went over to that side too as a result. That's, if rumour is to be believed, how thin the dividing line was here, and perhaps displays an uncertainty from the studios themselves over which way to call the battle. It all could have ultimately been decided with one meeting in a 20th Century Fox boardroom.

What's taken many by surprise is just how unexpected and swift the announcement was, and while many continued to report rumours, there was little indication that it would take place one way or another so early in the year. Warner Bros now stops producing HD DVDs at the end of May, and it's believed that the decision was hastened not by the slow take up of high definition optical formats, rather the decline in sales of standard DVDs. Numbers were down for 2007, and there's belief that many were holding off buying standard discs for fear of having to buy them again when they upgraded to HD. Those same people were subsequently reluctant to upgrade to HD and risk being left with the proverbial Betamax player. Given that standard DVD sales account for many times the revenue of ticket sales at the box office, this was one golden goose that studios had little wish to see struggle.

Since Warner's announcement, discussion boards and forums have seemingly gone into meltdown, fuelled by passionate supporters of both formats. In fact, it's hard to find a home entertainment discussion board where the high definition debate hasn't taken hold, and usually with a vitriolic undertone to it (the same kind of 'fanboy' debates that have been plaguing such sites for more than a year now). The consensus, though, is that Blu-ray has won. But what's less clear is what exactly has it won?

The problem here is that a further set of challenges now face Blu-ray, that could prove to be a bigger challenge than seeing off HD DVD.

First, there's a collection of early adopters who picked HD DVD, who Sony will be keen to woo across to the Blu-ray format but may need to provide some kind of incentive to do so (discounts, trade-in offers, maybe even free hardware or media replacement). More critically, there's a huge installed base of DVD owners, a large slice of whom will need to be convinced that high definition formats are worth the bother at all.

For while there's been a dramatic boom in the sale of HD ready displays over the past couple of years, how many people have bought them specifically for higher definition films? Many choose them because they take up less room, many because they look stylish and many because there's simply no other choice in the modern day electrical superstore (when was the last time you saw a branded big-screen CRT set for sale?). The fact that such displays are now so cheap has proven to be another driver. But how many are looking for a disc format upgrade to match the new screen?

It's a problem, and one compounded on the shelves of retailers and e-tailers. To the average consumer in the street, can they tell much difference between standard and high definition content? Not easily, it seems, especially with a screen size of 32inch or less. Sure, there's some difference, but with HD films sitting next to their SD counterparts at anywhere up to four or five times the price, then it's hard to draw an argument that the visual and audio improvement warrants such a mark-up - it's not an overhaul of VHS to DVD magnitude here, especially with the capability of some upscaling technology. It doesn't help either when some HD releases also lack the features that come on the standard equivalent.

There is an even bigger threat than that hovering over Blu-ray now, and that's downloading. Despite the best efforts of Sony to employ an effective copy protection device, illegal rips of Blu-ray movies are rife, and are an ongoing threat to the premium-priced high definition format.

Many contend that we'll, in the years ahead, be primarily downloading our movies, although that alone raises some serious questions over the infrastructure of the internet and its ability to cope. Nonetheless, with the recent launch of Microsoft's Xbox 360 video store bringing the legal downloading of 720p movies to a UK audience, it's likely that some will skip Blu-ray and HD DVD altogether when they opt for their high definition content.

In spite of Warner's support, and even with the potential future backing of Paramount and/or Universal, it's clear that Sony still has a tough job on its hands to sell the idea of high definition to a big enough market. Given the many, many millions of dollars that have been pumped into the Blu-ray project, Sony isn't likely to be content with Blu-ray occupying the same niche space that Laserdisc had to contend itself with for many years, and nor will its bank balance allow it to do so.

Yet the format war was, as has been quietly recognised, built on a house of cards of sorts, an assumption that people would want to upgrade their DVDs to a superior format. The moral of the music industry is unlikely to have been missed, though, where CD still reigns supreme and has done for over 20 years, in spite of a series of contenders emerging since.

Blu-ray has, bar the shouting, all but won the war now, and HD DVD won't recover (although it may, as DVD-RAM has done, serve a role as a niche IT storage platform). But, in five years' time, will the prize have been worth the effort, the trouble and the investment? That's perhaps the biggest question of all, and now, the Blu-ray camp has to exclusively focus on answering it.