Government official calls on educators to look to the past to figure out the future for technology in schools in 2025 and beyond. 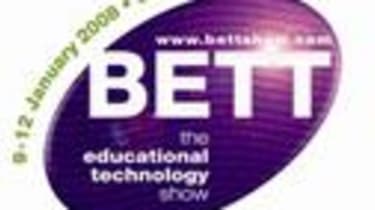 Educators must consider the future of technology in schools now, in order to avoid falling behind, the head of the technical futures unit at the department of children, schools and families, told attendees of the BETT conference in London yesterday.

Doug Brown outlined the evolution of technology in education over the past two decades, and suggested what to expect in the next ten to twenty years.

He noted that any child born this year will likely leave school in 2025. Will educational technology keep up with the rest of the world, and will it be used to its fullest to prepare such students for an increasingly competitive global market?

"Clearly technology doesn't wait around," Brown said. "Can we begin to look to the future... and do anything to tweak the system to prepare?"

Brown said we must look at the practises of early-adopters today, and decided which will become widely used in the future - and which will fall to the side.

Looking at one student born in 1990, Brown asked if we would have been able to predict the technology changes which occurred throughout that student's studies. The student would have begun his education in 1995 - the year of Windows 95 and 56k modems. "We could have understood that yeah, the technology will get better," he suggested.

But he questioned whether we could have expected overhead projectors to make way for computer-drive whiteboards, or the advent of personalised, powerful devices such as mp3 players or mobile phones.

"We were putting in one sort of technology, they've been using another sort," Brown said, of the difference between desktop labs in schools and mobile devices students carry with them.

Indeed, despite increased access to computers, a study by the government's education technology agency Becta showed that students still spend 60 per cent of their time copying out of textbooks, and just 12 per cent using computers. "That can't be true, surely?" asked Brown.

"We have to change schools so they understand what the world of these young people is like," he said.

Regardless of the specifics of the technology students of the future will face, Brown assured attendees that government spend on technology could be expected to continue to increase at the current level - it simply must in order to keep up, he said.

In 1997, a fifth of students had internet access at their schools. Last year, 99 per cent did. Broadband was essentially unknown ten years ago, while now 97 per cent of students have access. The ratio of students to computers has gone from one to 19 in 1997, to 1:6.2 for primary students and 1:3.6 for secondary students, Brown said.

By 2017, Brown said he expects all educational spaces to have internet access which is much, much faster than today. But he said some people's expectation of one computer per student were missing the point. "I have never agreed with one-to-one ratios," he said. "I have four computers and I couldn't do without four computers," Brown added, noting he has a laptop, desktops at home and work, and a BlackBerry.

"I don't think we should be concentrating on technology because it focuses on a single device," he added. "We should be looking at access, being able to look at my personal space and activities." Such anywhere, anytime access is what the so-called "digital natives" entering the school system now will expect, he said.

Brown said in 2020 and beyond, students will have more learning materials available to them, receive quicker assessments and work more closely with their fellow students. "Do we really think technology is going to solve all our problems," he said.

He called on everyone present to take part in the Beyond Current Horizons consultation, which is looking at how technology will evolve to 2025.