Companies should take advantage of the influence of leaders in the online world to spread awareness of their brand, a report has said. 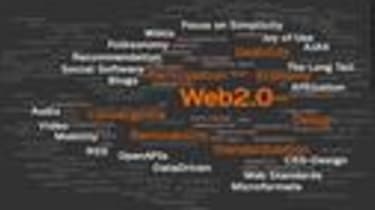 As social networking sites continue to grow and gain influence, so-called "super advocates" will become corporations' best friend or worst enemy when it comes to spreading brand awareness, a report has said.

Experian research company Hitwise examined traffic from ISPs, to track trends and growth in the social network market for its report, "The Impact of Social Networking in the UK".

The report found that top social networking site Facebook was the third most visited website over the Christmas period - knocking eBay into fourth place. Visits to that site, and others like Bebo and MySpace, account for one in every five page impressions from the UK, the report said.

Because so many people are taking part in social networking, it's become a key channel for marketing and advertising, said report co-author Robin Goad. Already, many companies are advertising in traditional ways, such as buying banners or more targeted space.

However, corporations can make better use of social networks by targeting power users. Dubbed "super advocates", these people - often with large online followings of their own - can help push a brand to their followers, or warn them against one, not unlike the idea of "cool hunting".

"Social networking is growing in importance - everyone understands that," said Goad. "Because those are becoming important, companies must court significant people in social networks."

The report said companies can make the most from social networking by identifying these super advocates and wooing them to their side. "If you can influence those people, using their influence, they'll pass it on... it'll be a ripple effect," Goad said.

He cited the Cadbury Whisper campaign - whether it was truly organic or extremely clever guerrilla marketing, it worked. In that case, online users created groups and a petition to tell the candy company to bring back the Whisper bar, which it eventually did, winning media coverage and customer loyalty.

Such campaigns can also go against corporations, however. When customers are angry, they can use their online power to turn others against the brand, too, Goad noted. "It can work in both positive and negative ways," he said.

Indeed, many social networks will turn against a campaign if it seems too obvious or intrusive, so the next generation of social network marketing will have to be more subtle, Goad warned.

"Corporations have to be a bit careful and find their own tactics," Goad said. He advised companies to create their own specialised communities and let people come to them.

For corporations trying to take advantage of the benefits of super advocates and viral marketing, Goad had some advice.

He warned companies not to be too controlling over their own brand. "The old methods of controlling information, to keep bad news from leaking out, doesn't work anymore," Goad said. "Look for ways to respond to criticism or to work with critics to bring them around to your way of thinking."

He also cautioned against bombarding users with ads, but to take advantage of all the information sites like Facebook offer to pinpoint marketing to those who really want to see it.

Indeed, another trend Goad predicted is the rise of niche social networks. Instead of appealing to the masses the way Facebook does, smaller sites such as SagaZone or ScrewFix.com, which appeal to over-50s and DIYers, offer a more targeted approach.

The research also showed that Facebook dominated the UK market with a 38 per cent share, followed by Bebo at 28 per cent and MySpace at 19 per cent.