Citrix and Microsoft in virtualisation tie-up

Partnership will see the two companies working together to develop virtualisation technology, sell solutions together, and improve interoperability and compatibility between virtualisation products. 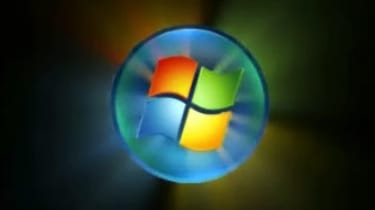 On the eve of the launch of Windows Server 2008, Microsoft and Citrix have announced an extension to their existing working partnership, committing to work together on a wide range of virtualisation development and reselling efforts.

The two companies will market and co-sell a range of client virtualisation solutions comprised of Microsoft and Citrix products, all based around Windows Server 2008, which is expected to launch in February.

"Microsoft and Citrix are working together on product integration so that customers have access to comprehensive and flexible virtualisation solutions, all controlled by an integrated management platform," said Bob Muglia, senior vice president of the server and tools business at Microsoft.

"Between Microsoft and Citrix we already have 7000+ joint partners in place and 6000+ joint sales achieved, having worked together for the last 18 years," said John Glendenning, European server virtualisation sales vice president at Citrix.

Microsoft will also be releasing a number of virtualisation solution accelerators, which will aid IT professionals in planning and deploying Microsoft-based virtualisation technologies across desktops and servers, using tools such as Terminal Server 2008 and Microsoft Application Virtualisation.

Also announced was the simplification of Microsoft's licensing terms and pricing for virtualisation deployments.

Business customers can now purchase an annual licence subscription for Windows Vista Enterprise Centralised Desktop, which will cost around $23 (11.50) per virtual desktop deployed, for client machines covered by a Software Assurance for Windows Client contract.

Consumer users can now run both Vista Home Basic and Vista Home Premium in a virtual machine environment, following a change in the license terms for both.