Where next for LinkedIn?

Considered the social networking platform for enterprise professionals and grown-ups, LinkedIn is facing increasing speculation about its value, future direction and ownership.... 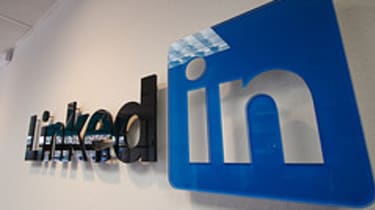 Over the past few months, we've seen Microsoft take a bite out of Facebook, rumours circling about the future ownership and direction of MySpace, while more recently Digg being subject to fervent speculation. None of these had low price tags attached to them.

If a global economic downturn and a general tightening of belts among money lenders were supposed to have a negative impact on further acquisitions and deals, then nobody remembered to tell those snooping around the Web 2.0 market. This is illustrated by the latest ongoing target of takeover rumour - the professional social networking service, LinkedIn.

LinkedIn is quite different to many of the big name social networking services, given the stringent way it limits itself to being a professional tool. Users are invited to sign up and befriend business contacts. Key information you're expected to provide includes a potted career CV, with hints of what kind of challenge you're looking for next, rather than your favourite bands and top movies. Furthermore, people can recommend one another, with the idea being that the site can act as a shop window for your skills and expertise, and a place for you to seek out fresh opportunities and business contacts.

The service itself is quite enduring, in contrast to some in the market, having being founded at the back end of 2002 (by former PayPal Executive Vice President Reid Hoffman, who is still working for LinkedIn), before its live launch in the spring of the following year. Since then, it's quietly built up a membership of more than 17 million users, with a particular growth spurt in the last twelve months. That's less than the kind of numbers captured by MySpace and Facebook, but crucially, those 17 million people sit in one of the most lucrative market demographics. As a result LinkedIn is one of the few services of its ilk to be showing a profit. Equally, its potentially high-spending user base has been on the radar as a takeover target.

That said, LinkedIn isn't a universally adored service, with the restrictions placed upon what you can and can't do when you're signed up for the service a real bugbear for some. This is very much a service where you come in, connect with people, hunt out business opportunities and contacts, and head back out. There's no chance of a game of Scrabulous here. And while LinkedIn's team has tried to add new features, it's still quite a prescriptive service by comparison (although it's now been confirmed that third party companies are to be allowed, Facebook-style, to write plug-in applications for the service, which should ultimately resolve this issue over time).

Yet this hasn't stopped a flurry of potential suitors being attracted to the LinkedIn service, and it's not hard to see why. Even on top of the points mentioned thus far, there's the inescapable fact that LinkedIn is still growing, and at speed. Visitor numbers have increased by more than 400 per cent over the course of the past year, and over the next four years the reported potential is for a more-than-25-fold increase in traffic. Whether that projection is optimistic or otherwise remains to be seen, but it's more definite that millions of professional users are coming to LinkedIn every month, and there's still plenty of headroom for growth.

That, combined with the fervent shopping speculation that surrounds pretty much any social networking site of note in the current climate has resulted in, inevitably, takeover talk.

But just who would be interested in buying LinkedIn up?

It's perhaps little surprise that one of the first names to be mentioned has been Rupert Murdoch's News Corporation. In spite of the fact that it already owns MySpace, the group has nonetheless been linked regularly with other social networking properties, LinkedIn included. And so at the back end of 2007, it was strongly reported that News Corporation was preparing a bid in the region of a massive $1 billion (500 million). That's a staggering amount of money for a service that, while profitable, isn't that profitable. However, it is indicative of a market belief of the long term value of a popular social networking service on a firm's asset register.

Given some of the respected brands in the Murdoch stable, the Wall Street Journal being the latest, there's some degree of logical fit for LinkedIn within the group. However, thus far nothing has come to pass, and instead, rumours persist that Murdoch's companies are hard at work on a LinkedIn rival of their own, using the MySpace technology as a starting point. One way or another, we should find out within the next month or so.

Don't discount the usual suspects, either. While there hasn't been direct word associating the likes of Yahoo and Microsoft (before the former became subject to a takeover bid by the latter) with a purchase, both are believed to be sniffing out any potential social networking opportunities. That said, LinkedIn is perhaps a more logical fit for an existing media company than a web or computing specialist, and especially one with a relatively high-brow audience.

What ultimately differentiates LinkedIn again from many of the alternative social networking services is that there's a strong likelihood that its management team would seek to maximise the current price of the service. Or more bluntly: that they're more likely to consider a sale for their company. There's been no strong rejection statement, no recent mention on LinkedIn's company blog, instead a wall of silence in response to the ongoing rumours. This has further fuelled the rumour mill, which has been suggesting that LinkedIn may turn out to be the first major transaction of its ilk of 2008.

Certainly the murmurings are that something will come about in January and February, given LinkedIn's supposed openness to a deal. In short, LinkedIn isn't so much vulnerable to takeover, as some of the inclusions in this series have been. Instead, it may actively be seeking a deal, and looking to sell the business while it still remains a seller's market.