From the departure of a chief executive to the possible acquisition of a social networking giant, we chart a turbulent year for Yahoo. 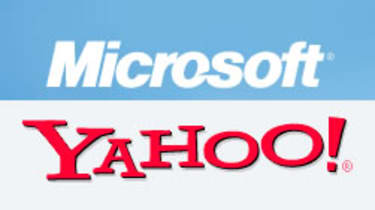 Microsoft's surprise takeover bid for internet company Yahoo was just one element of a story that has been developing for over a year. IT PRO takes a look at how we got to the bid, the rejection and the arrival of a possible white knight.

18 June 2007: Yahoo chief executive Terry Semel steps down from his role amid a backlash from investors. Semel remains with the company as non-executive chairman. Co-founder Jerry Yang replaces Semel as chief executive.

22 June 2007: Yang makes his first major business deal as chief executive when he purchases the website rivals.com. The acquisition of the US sports site is intended to improve the content side of Yahoo. The terms of the purchase were not disclosed.

28 September 2007: Yahoo announces plans to cut its least profitable services, beginning with its podcast directory and failed social networking site in October. The shut-down comes after a 100-day review requested by Yang to pinpoint failing sectors of the company in his effort to make the company more competitive and appealing to users.

5 February 2008: Microsoft announces it may borrow money to fund its bid to purchase Yahoo. The company has never before borrowed money. At this point, Microsoft is expecting Yahoo's board to quickly accept its offer.

11 February 2008: Yahoo officially rejects Microsoft's offer after ten days of consideration. The board of Yahoo believes Microsoft's offer undervalues the company. The board's official response to Microsoft implies that a higher offer from them or another company might be more successful.

12 February 2008: Bill Miller, a fund manager at Legg Mason, Yahoo's second biggest investor, urges Microsoft to raise its offer. Miller values the stocks at $40 (20) each, disagreeing with Microsoft's offer of $31 a share.

14 February 2008: Reports claim Yahoo has entered talks with US media company News Corporation about a possible merging of their online assets. Discussions between the companies focus on a potential combination of News Corp's MySpace with Yahoo.