Is PHP ready for enterprise?

Zend's recent successes and partnerships with Microsoft, Rackspace and others may be signalling that open source programming language PHP is ready to take on Java in the enterprise market. 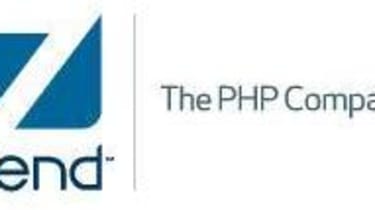 It's been an interesting few months for Zend, the commercial company behind the open source programming language PHP.

In the past few weeks, Zend has teamed up with Rackspace, a leading web hosting provider. It's also signed an agreement with Ibuildings, an Anglo-Dutch software consultancy company, to provide training and support services in the UK. And last year, Zend partnered with Microsoft, despite the software giant offering a competing platform.

A closer look at these partnerships suggests the company - and PHP itself - may be ready for the big time.

Partners such as Rackspace and Microsoft can help overcome one of the largest hurdles in moving into the enterprise arena: the record of PHP development and the strength of Java as the principle software language in enterprise consultancy - both of which stem back to the history of how PHP has evolved culturally within the software community.

With Java as the de facto academic choice, PHP has grown out of the "hobbyist" programmer, generally self-taught and with all of the issues that entails. Until only a few years ago, the concepts of best practice development, coding frameworks and even having a methodology were alien to the hackers of the PHP community, invariably spinning off from the Perl programmers of old.

While these developers were fine for creating the odd microsite, their lack of discipline and structure was akin to an unguided nuke on enterprise projects, while the maturity of the Java community was more like a tomahawk. And IT directors quite rightly didn't want huge fiery ends to their projects by geniuses who had no interest in collaborating when they could enjoy all the benefits from the cool, precise child of Sun.

But now that Zend Framework, the open source scaffold for PHP development, has passed through a troublesome puberty (version one was released last year to some acclaim), and that more and more companies with web sites in PHP are adopting the procedures and practices of a "grown-up" language, does this mean that PHP is going to be seen as a realistic alternative to Java in the enterprise?

With Zend's star rising, is it enough to overcome the bias in large e-commerce firms? Zend have an uphill struggle on a cultural level: many blue-chip companies have a policy of only hiring developers with a 2:1 Computer Science degree, and the majority of UK universities are still teaching Java.

Even though both languages are object-oriented and have more then cursory similarities, does this mean that Java will continue to be the forerunner?

Vic Wyatt, business development manager for Leeds Metropolitan University, doesn't think so. "We've recently signed with Zend to provide our students a worthwhile group of modules in PHP," said Wyatt, speaking about the university's PHP academy, which helps students learn the language as well as get commercial accreditation via the Zend Certified Engineer exam.

"Java is perceived, rightly or wrongly, as having had its day. We're simply responding to the market, and the market is clearly picking up on PHP," he said.

In addition, the university is working to place its students at companies using PHP. According to Wyatt, several large companies are involved, including network provider Orange. "We need to give our students opportunities that are real and meaningful," Wyatt said.

With more partnerships, PHP-trained students will have more opportunities to take their skills to the enterprise market.

The Rackspace offering - the hosting firm is keen to stress that it isn't a product - is a Red Hat environment running Zend Platform. This proprietary server technology provides a whole host of features for increasing performance, testing and debugging PHP applications - all key to making PHP friendlier for a business audience.

David Goulden, enterprise additions product manager for Zend, detailed the improvements the new partnership would offer for businesses. "When we initially worked together, it wasn't synchronized," he admitted. "We were working on a case-by-case basis [with Rackspace], with no official agreements in place. That's all changed, and for the better of our customers."

Doug Loewe, managing director for Rackspace in Europe, the Middle East and Asia, agreed. "We've been looking to expand our loose federation of partners, all of them fast-moving and able to stand shoulder to shoulder with us to provide our customers the support they want. Zend fit that criteria for us," he said.

Zend are now training key Rackspace tech personnel in Zend Platform, and a clear vendor escalation path has been drawn up between the companies. "It's a natural progression for us," said Loewe. "There is a massive overlap between our customer bases."

While Zend Platform is hardly new to the market, the acceptance of the architecture by Rackspace is an important step for Zend in moving into the enterprise market.

A bit of Microsoft maturity

There's no stronger mark of a technology's maturity than when Microsoft takes it seriously. Last year, Microsoft and Zend became partners to provide a better PHP offering on Windows 2003 Server - a much needed move to overcome the Unix bias of PHP's functionality.

"We want to make it so as many developers can run on Windows as possible," said Mark Quirk, Microsoft UK's head of technology for development and platform. "So it made perfect sense."

Despite the defence of Microsoft's own programming framework, Quirk is far from belittling PHP's inclusion on Windows Server. "Which platform would I recommend: .Net," he said. "But as a platform provider, we want our platform to work for everyone."

He said that making the platform better means more applications will be running on windows. "Having people run it on Windows will benefit us," as well as Zend and developers, he said.

This bodes well for the future of PHP in the enterprise, said Ivo Jansch, chief technology officer for the other recent Zend partner, Ibuildings. Jansch is currently writing a book for the well known PHP|Architect series, called Enterprise PHP Development - clearly a strong indicator of where he feels PHP will progress in the future.

Speaking before coming to the UK for the PHPLondon'08 conference, he said: "We're seeing more and more uptake in PHP for business applications. It's being taken more seriously."

Referring to a recent survey by Nexen that puts PHP adoption on the Web at 33 per cent, Jansch compared the uptake of PHP in commercial applications to the rise of Linux. "We're seeing the same pattern. There was a time when Linux was thought of as a hobby for enthusiasts only. Now look at the market. It's the same for PHP too."