In our second interview with Mark Shuttleworth, the man behind the Ubuntu Linux distribution, we discuss issues of interoperability and the learning curve associated with switching to Linux. 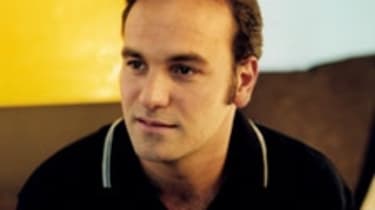 As the founder of Thawte Consulting, and sometime participant in the Debian GNU/Linux development process, Mark Shuttleworth, the South African entrepreneur, benefactor and creator of Ubuntu Linux, was an early adopter of free software.

"As a student I wanted to explore the internet and it turned out that Windows and the other traditional operating systems did not have very good networking technology at the time," said Shuttleworth. "A friend showed me Linux, and I was amazed at its stability, reliability, and flexibility. In those days it was really server-oriented and I used it to build the entire infrastructure for Thawte. Over time I came to believe that the open, collaborative approach of the free software community produces better quality software than the traditional proprietary software approach."

Shuttleworth sold Thawte Consulting to VeriSign in December 1999. In the following years he became the first African in space, created HBD Venture Capital, founded Ubuntu Linux, and formed The Shuttleworth Foundation, a non-profit organisation dedicated to promoting social innovation and education in Southern Africa, usually through the implementation of free and open source software.

Being a technologist and something of a geek, Shuttleworth feels that "free software brings a number of huge advantages" to the problem of spanning the educational and technology gap between rich and poor nations.

"Second, with free software people have the right to modify it. And this allows the software to be customised for markets that are not large enough to attract the attention of a company like Microsoft. So, for example, the Ubuntu desktop is being translated into many more languages than Microsoft Windows. This means that more people can use the desktop computer in their native language, which again lowers the barriers for technology adoption."

The two best known projects sponsored by The Shuttleworth Foundation are The Freedom Toaster and the tuXlab project. The Freedom Toaster is a kiosk for dispensing free software. Freedom Toasters are located in schools, shopping precincts and public libraries across South Africa. Anyone can take a blank CD or DVD to a Freedom Toaster, and select and burn any software they wish onto their blank disk. This is a specially valuable service in a country where broadband Internet access is a relatively rare commodity.

"It came from a request that we put a kiosk into a local science center," says Shuttleworth. "The guys at my Foundation created the kiosk and nicknamed it the Freedom Toaster, and then the project just took off. I can't take any credit but I'm thrilled at how quickly that meme has spread. We publish all the instructions for making your own toaster, and also the contact details of the company that has made them for the Foundation. Apparently, quite a few people have placed orders for their own toasters, so I hope they will start popping up all over the show. They are a great draw in university locations and at conferences."

The tuXlab project is more ambitious, and has the aim of developing "an easy replicable solution" for the creation of open source computer laboratories within schools "which can be extended into other community development programs". This award winning project uses a derivative of Edubuntu and Xubuntu, called tuXlab GNU/Linux, and is established in over 200 schools throughout South Africa, "serving over 160000 learners", and providing unparalleled educational opportunities for those involved.

"Software Libre provides the very best IT platform for education," says Shuttleworth. "Not only do you have thousands of tools covering almost every area of academic interest, but you also have the ability to study the tools themselves. This means that a student with an interest in, say, astronomy, can find software that supports her interest, and then analyse the software itself. She might improve the software and make those improvements available, or just use that right as an opportunity to deepen her understanding of the subject matter."

"I hope [The Shuttleworth Foundation] will continue to be a catalyst for innovative projects in social areas," he says. "We need to be bold and be willing to make mistakes as we experiment with new ideas in education, health and other social fields," he says. "Governments and corporate social responsibility trustees tend to be quite conservative, so I hope The Shuttleworth Foundation serves its purpose as an agent of change in that arena. We provide first-time funding to interesting projects, and then we tell the world about the very best ones, hoping to spread those memes faster than they would otherwise have spread."

It follows that Shuttleworth is enthusiastic about Nicholas Negroponte's One Laptop Per Child Project which "has been a real catalyst for discussion and research into low-cost computing. Traditionally, Moore's Law has always been applied from the perspective of first world markets: 'people will pay $300 - $900 [150 - 450] for a PC, how much bang can we squeeze in for that buck this year.' The converse, asking 'how cheap can we make a basic computer?' hasn't really been explored. Negroponte's bold initiative has got people looking at the problems from a different perspective, so even if the Hundred Dollar Laptop project itself fails, I think it will have spawned a new industrial approach which will have beneficial consequences for all of us."

While Shuttleworth acknowledges that "technology in a vacuum cannot address social problems," he believes that "the real promise of technology in developing countries is that it gives people the tools with which they can empower themselves."

The primary obstacle to free software adoption in the emergent economies of the developing world is the lack of "a full ecosystem of support and service providers who are confident that they can work with Linux. That is changing, with more and more companies advertising themselves as Linux shops. In addition, there are many areas where the underlying infrastructure is not PC-friendly. Electricity might be sporadically available at best. We are starting to see products that are robust in developing country environments, and the hundred dollar laptop has spawned a flurry of activity so hopefully there will be even more attention on this in future."

Governments of emerging world economies have a role in liberalising patent and copyright control, (to allow greater dissemination of school texts, for instance), and encouraging the notion that self help becomes the motivation, rather than aid. "Patents and copyrights are important," says Shuttleworth, noting that "the GPL depends on copyright law being reliable and enforced. What is needed is a deeper understanding of the importance of sharing, publishing and collaboration. I would encourage countries to ensure that their policies and regulations give them the best possible chance of participating in the digital age, and that they don't end up locking themselves out of the innovation game by legalising patents on ideas that are essentially public information."

"In developing countries we often have dualistic economies," he says, "with a formal and an informal sector. It takes tremendous energy to get a small business to move from the informal sector, where everything is cash based, with no records, no taxation, and little regulation, into the formal sector."

"One of the barriers to this," he believes, "is the cost of getting basic technology in place. In the developed world, any small business can get over that hump very easily. In the developing world, the costs of basic technology present an insurmountable obstacle to joining the formal economy, and I believe that free software holds the key to allowing small and micro businesses in the developing world become part of the formal economy."