A partnership between Cambridge University and Nokia bears fruit, with the concept design of a 'bendy' mobile phone using nanotechnology principles. 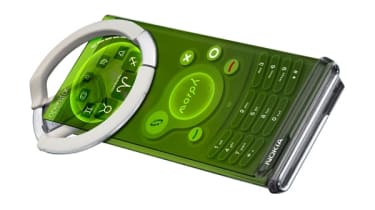 Phone maker Nokia and the University of Cambridge have previewed a concept phone called 'Morph', based on nanotechnology that could change the face of mobile phone design.

The underlying technology would allow mobile devices to be stretchable and flexible, which means that phones will be able to be transformed into different shapes. A concept design developed by the Nokia Research Centre (NRC) went on display this week at the Museum of Modern Art (MoMA) in New York. It shows a device that can lie flat like a keyboard or be folded lengthwise to turn into a mobile phone or a bracelet.

"NRC is looking at ways to reinvent the form and function of mobile devices; the Morph concept shows what might be possible," said Dr Bob Iannucci, chief technology officer at Nokia.

IT PRO reported last March that the university and Nokia had teamed up to work on long term research projects. The NRC established a research facility at the university's West Cambridge site, initially focusing on nanotechnology.

"What really works is that the partnership recognises that the university is there to do basic research as well as applied research," said Professor Mark Welland, the university's director of the Nokia-Cambridge collaboration.

"[Nokia] is not there to say that we want this product in the marketplace in two years, so get on with it. We're not a development team. We have a genuine relationship where our research can be well targeted into areas of commercial interest like mobile phones but with a balance of freedom that allows us to explore."

Welland explained to IT PRO that nanotechnology was the end of the road of miniaturisation, as it dealt with atoms and molecules on the nanometre scale. Understanding and being able to exploit that scale means that scientists can explore molecular properties.

"It has advantages in terms of energy usage, complexity - packing all the different molecules into the morph phone can only be achieved if you were making each and every one of those small," Welland said.

"We want to store ten minutes of HDTV on our phones - that means huge amounts of memory and the only way to pack that into a phone is to make the memory small."

Nokia news, reviews, themes and downloads at Know Your Mobile