European regulators hit the Windows maker with another €899 million fine for failing to comply with its demands, bringing the bill to well over £1.6 billion. 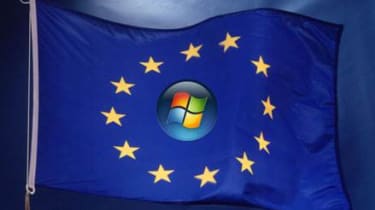 On the eve of Microsoft launching its new server version of Windows, the EU has delivered a painful financial blow for the company, handing it a huge new fine for failing to comply with antitrust rulings.

Microsoft has been penalised for failing to meet the European Commission's requirements for the licensing of protocols that allow third party applications to connect to its own server products.

This fine should be the last, now that Microsoft has agreed to provide all the server interoperability information after resisting EU calls to do so for more than three years.

Europe's Competition Commissioner Neelie Kroes says that she hopes the latest fine will close a "dark chapter in Microsoft's record of non-compliance" with the antitrust ruling.

"Microsoft was the first company in 50 years of EU competition policy that the Commission has had to fine for failure to comply with an antitrust decision," Kroes claims in a statement.

Microsoft says it is putting the EU dispute behind it. "As we demonstrated last week with our new interoperability principles and specific actions to increase the openness of our products, we are focusing on steps that will improve things for the future," its statement reads.

But the company may yet face fresh EU censure over allegations that it has abused its market dominance to favour its web browser and Office product and over its role in the process around the proposed standardisation of its Office OpenXML file format.