Internet users have launched a petition to stop plans touted by the music and film industry to crack down on illegal file sharing being turned into legislation. 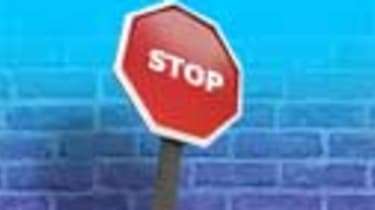 Internet users are appealing against the 'three strikes' threat to illegal file sharers with an online petition on the Prime Minister's 10 Downing Street website.

The petition invites UK citizens to sign up and persuade the government not to force internet service providers (ISPs) to sanction users suspected of illegal peer-to-peer (P2P) file sharing and downloading of copyrighted material like music, TV shows and films.

The sanctions were first proposed by trade group, the Recording Industry Association of America (RIAA) which represents musicians and record labels. Under the scheme in the UK from April next year the industry will inform ISPs of users they suspect of illegal P2P behaviour. The ISP would then issue written warnings, threatening possible disconnection of their service.

In response, the petition states: "We the undersigned petition the Prime Minister to not force internet service providers to act as legal representatives for the RIAA and be treated like a common courier."

But the plans have received support from UK record industry trade body, the BPI. Arguments against the plans have said they are tantamount to making the Royal Mail monitor every item of post it handles. But earlier this month, Geoff Taylor, the BPI's chief executive, said these kinds of claims were based on 'bogus privacy arguments'.

"For well over a year, the BPI has been trying to encourage ISPs to introduce reasonable measures that could remove the need to bring legal action against the six million British broadband customers that regularly use P2P networks to download music unlawfully," said Taylor.

Nevertheless, he also called for ISP co-operation on a self-regulatory basis, using their own terms and conditions about account abuse, while also welcoming the government's willingness to tackle the issue.

But the petition highlights that few other details about how the scheme will be funded and enforced have been established, with debate focused on legal and privacy principles.

"If they have made a mistake - which has happened in many US legal cases, you say the allegations are false and libellous," it said. "What happens next? Then three strikes, they disconnect you. You sue them. Who is liable? Them? The industry body?"

At the same time, the industry will be watching to see how France fares with its attempts to introduce similar legislation, which was first touted by its President, Nicholas Sarkozy last December.