Shadow home secretary criticises the Government and outlines Conservative plans to change the state approach to cybercrime in the UK. 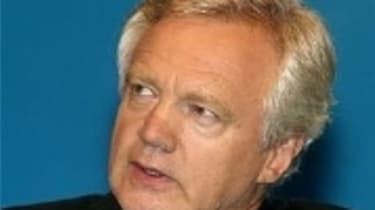 The Shadow Home Secretary has called for the appointment of a cyber security minister today while blasting the Government's handling of data security.

David Davis MP called for the appointment of a single minister responsible for cyber crime as part of tougher measures to tackle the growing threat.

Davis was making a speech at the annual e-Crime Congress in London, where he outlined the Conservative strategy for tackling cyber crime.

"The Government's nave reliance on massively centralised data systems and its recklessness towards personal data has left individuals and society vulnerable," he said. "Its strategic approach has managed at one and the same time to create systems that are valuable, vulnerable and attractive to attack."

He was also highly critical of the ID card scheme which Labour continues to support, as he said that there was absolutely no way that the system could be 100 per cent safe from data breaches.

The speech was in support of a new Conservative Party white paper which called for tougher government action on e-crime and the establishment of new cybercrime authorities.

He described cyber crime as a "serious threat to individuals, business and government" and accused Labour of ignoring the issue. And, in response, he drew on a number of proposals outlined by his party's Cyber Crime in the UK report to protect "the future security, economic and personal interests of this country".

The main proposals in the opposition party's report include creating a new Police National Cyber Crime Unit, establishing a cyber crime team within the Crown Prosecution Service and the appointment of a Home Office Security Minister.

The Home Office issued a statement in response, outlining work already in progress overseen by department minister Vernon Coaker to implement legislation passed to support the prosecution of those who steal data and attack IT systems or who create the technical mechanisms to support such attacks.

"The Government has allocated 29 million over three years to implement the recommendations of the Fraud Review," it stated. "This includes the creation of a National Fraud Strategic Authority (NFSA) which will drive forward a comprehensive strategy for tackling fraud, bringing together the Government, criminal justice practitioners, business and the public. This helps form the basis of better prevention advice and alerts to fraud threats for business and the public."