Students key to school IT

School Minister calls for schools to keep pace with the technology students use in their leisure time. 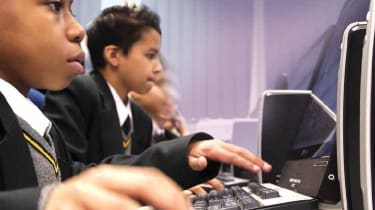 The Government and private sector partners should look to how students use technology in their day-to-day activities, in order to improve technology in schools, the schools minister has said.

In a speech to attendees of a conference about ICT in Building Schools for the Future, the Government's 43 billion infrastructure upgrade programme, Minister of State for Schools and Learning Jim Knight said that students expect schools to have technology on par with the tools they use at home.

"I look at the way young people are using IT, who are digital natives... I'm just overwhelmingly impressed with what they can do," Knight said.

The way some teenagers play games may seem frightening to parents and teachers, said Knight, but it showed how engaged they are with technology and how able they are to multitask using different communication tools.

"That's the generation you are all designing IT into buildings for, and it's important to remember that," he said.

"There's nothing more frustrating to me than going into a new school and seeing they've made pretty old IT decisions," he added. "It has to be implicit when building a new school... You've got to build IT into it."

Knight also said the Government is looking into upgrading the curriculum, in order to put IT alongside numeracy and literacy. "I want to see us... transform the way they're working with IT in terms of what is taught in the curriculum," he said.

These changes need to start in primary school, Knight said. "It's absolutely fundamental to me that young people can start secondary school plug and play ready," he said, saying that the European Computer Driver's Licence may no longer be enough. "It has its place," he said, "but we need to move them on from that," and teach more advanced IT.

Part of the difference between upper level teaching staff and new graduates is simply a generation gap, but one that needs to be closed, the minister said.

"There's a lot we've got to do with supporting the workforce," Knight said. "That's not a criticism, it's partly just a generational thing."

The Government also wants to see parents brought into the mix.

By ensuring home access to the internet parents will be able to make use of schools' online reporting tools, announced by the Government earlier this year. These tools will let parents view information such as their children's attendance and grades over the internet. "That's the beginning of engaging with parents with IT," Knight said.

But teachers shouldn't see this extra reporting as a burden, Knight added. "Parents are not sharp-elbowed irritants to teachers, but their allies." Online reporting will let parents stay informed about their children and therefore help with their education, he suggested.

"It's not sufficient to just give parents more information and not let them do anything with it," he said. "But you've got to take one step at a time."

"For me to go to [teachers] and say that once they've got reporting, [parents] are going to be emailing anytime day or night... we need to manage that," he said.

But he said online reporting has the potential to help staff monitor students as well, suggesting that students could be given a personal tutor as a single point of contact to keep parents updated during their educational career.

The BSF programme is not due for completion until 2020, yet technology is already well established in schools, Knight claimed. Half of schools across the UK make use of interactive whiteboards, and all have broadband connections. Six out of ten teachers now create their own digital content.

The first school in the BSF programme, the 24 million Bristol Brunel Academy, opened in September.