Retailers need technology to increase both back-office efficiencies and customer convenience. How well are they using it? 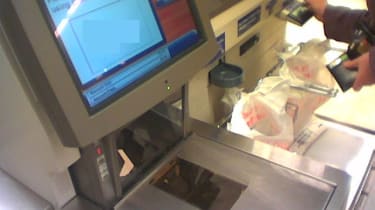 According to a report from research firm Martec, the average IT investment among the top 100 retailers has stayed flat at 1.3 per cent of sales for the past three years (retailers are trying to do more with existing systems, the report says).

However, where dollars are being spent, they're being spent mostly on in-store systems. A quarter of the 81 per cent of retailers interviewed by Martec who divulged the information said that in-store systems were a top priority, making it the most important area of IT spending in retail.

An example of increased in-store investment is electronic point of sale (EPOS) systems, many of which have been revamped in the past few years.

The investment in upgrading EPOS terminals is due largely to the introduction of chip and pin technology in a bid to increase security, which required upgraded readers, and it has created opportunities to change the interaction at the point of sale, says Chris Barling, chief executive of ecommerce software and EPOS vendor Actinic. "The original idea of EPOS is that it's a PC with software on it and a barcode scanner," he says. "What's moved on is the introduction of the touch screen, and what that means is that EPOS has become applicable to places where you don't have the products bar coded."

EPOS systems have also developed in other, unique ways. Self-checkout is a growing trend in retail, especially in grocery stores and in areas where waiting times have to be kept to a minimum, says David Dobson, an industry manager working in Microsoft's retail and hospitality team. The traditional one-worker-per-lane model is being subverted by systems in which a single supervisor will monitor multiple lanes to watch for shoplifting activity.

"So, you have one person instead of four people. You can then do a maths question - what's the likely loss in terms of fraud, versus the reduced cost for me?" says Dobson. Clearly, the numbers are starting to make sense. However, the real benefit of self-checkout is in customer service, he adds. Shaving minutes off a customer's waiting time will persuade them to come back - especially in areas such as train stations, where time is of the essence.

Not everyone has invested in EPOS technology. Threshers, for example, is still using DOS-based systems in 1600 of its 1850 stores, with the others (gained via acquisition or conversion) using newer iRetail software running on Windows XP atop Fujitsu hardware.

Head of IT Peter Baxter admits that replacing the EPOS systems would be useful in terms of flexibility, especially when combating one-stop shop giants such as Tesco.

"They're putting pressure on the in-town retail stores," says Baxter, who says that companies like his need to react quickly when the larger firms make unexpected moves. For example, Tesco might undercut Threshers on bottles of Baileys at sensitive times such as Christmas. Reacting to that can be difficult using the expensive ISDN network that still connects his DOS-based EPOS systems to the company's data centre. "If we wanted to change a price now on a product, it takes us 24 hours to react to that, whereas Tescos, which has real time systems, can do it instantly. So ideally, we could do with replacing our EPOS for a more modern package running on broadband."

While some firms struggle with older infrastructures that impede flexibility, pilots are already going on to bring real-time price changes straight to the shelf. Tesco is among several retailers that have trialled digital label technology from ZBD. The digital labels are made from a low power consumption electronic paper material that is updated via a wireless network. They can hold several images in memory at once, and only use power when they change the image on the 100dpi screen, giving them an estimated battery life of five years, says ZBD.

The monochrome screens can display not only prices, but other retailer-defined data such as bar codes, ingredient listings, and even the number of miles that food traveled before reaching the store.

Retailers are interested in the labels as a way to change prices instantly at the shelf. Retailers are hoping to use it for instant price reductions on perishable items, for example. Tesco executives have already extended a pilot from a store in Leicester to its High Wycombe store, for example.

Such smart displays may not appear only on retail counters - companies are working to roll out billboards that use near-field communications to communicate with mobile phones. Firms like UK-based Hypertag use memory devices attached to billboards that can beam information including retail discount vouchers to mobile phones via Bluetooth. Those vouchers could then be used by customers when making purchases.

Payment mechanisms are also changing in other ways. Barclays is rolling out its OnePulse card, which integrates single-touch payment facilities along with Oyster Card payments and a credit card function. Customers touch their card to a reader to make a payment under 10, and the money is then debited from their Barclaycard. Customers making contactless payments under the Barclaycard system will occasionally have to enter a PIN for security purposes.

Contactless payments are already being used by Mastercard with its PayPass system, and by Visa, via payWave, but executives from Visa have argued in favour of burying credit card details directly in phones and using near-field communications to enable the phone as a payment device. Motorola has an initiative called M-Wallet which also hopes to turn the phone into a payment mechanism, while storing coupons and other information from retailers.