If you want the power of a Windows mobile smartphone without the bulk, this compact handset should be on the shortlist. 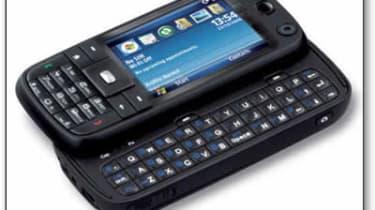 For a company that just a few years ago was unheard of, HTC has made quite a name for itself. Ever since the introduction of the first Windows Mobile device - the Orange SPV, it has been steadily rolling out impressive designs that have been taken up by all the major hardware vendors.

Most recently, in the business space, HTC has had success with the Tytn II, a Pocket PC based Windows Mobile that offered an impressive range of features. Of the three networks it was available on, O2 was the last to releases a version of the Tytn II, which it branded the Stellar, but it has made up for this tardiness by being the first to get HTC's latest, the S730, branding it the Xda Atmos.

When the specs of the S730 were released I was intrigued as it appeared to offer virtually the same features, as the Tytn II, such as the signature sliding keyboard, global quad-band GSM and 3.6Mpbs HSDPA connectivity and a screen with the same 240 x 320 resolution, although smaller at 2.4in. All this though, comes in a compact shell and the addition of a keypad, instantly rendering it more practical.

However, there are key differences. Firstly, the Atmos is powered by Windows Mobile 6 Standard for Smartphones, rather than Pocket PC Professional, which means the keypad comes at the expense of the touch screen and stylus, though really not requiring the latter should be viewed as a benefit.

The Atmos also lacks GPS - despite it being present on the chipset. Indeed, it's even picked up by programs that can make use of it, such as Google Maps, but does nothing as it's not been enabled, with reports suggested that the aerial in missing. Why HTC did this is open to speculation and my guess would be at the request of O2 to act as a differentiator to the Tytn II/Stellar and to help prolong battery life.

Next is that keyboard - it slides out from underneath the keyboard but it doesn't tilt, so if you're hung up on the Tytn II's party piece then you'll have to pass on the Atmos.

That would be churlish though as lack of GPS aside, the Atmos is a very impressive device. The dimensions of 51 x 105.8 x 19.4mm, are less than that of O2 Stellar, while it's lighter too at 150g, compared to the Stellar's 190g. These smaller dimensions make an appreciable difference - while it's no thinner, it's shorter and narrower, making it easier to pocket.