Remote working is the 'chink in the network armour'

Organisations are not following vital security guidelines when it comes to the supervision of remote workers. 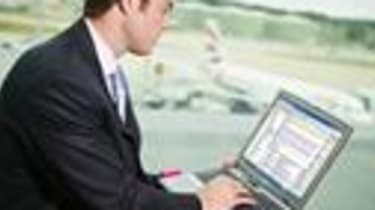 Businesses are failing when it comes to remote working security, with more than half of senior managers not following correct policies.

According to research from information security vendor SafeNet, only 45 per cent of senior managers had been issued with security advice. This left 30 per cent claiming there was no best practice advice available, while 25 per cent were not sure if it even existed.

The same survey showed that 92 per cent of respondents accessed business-sensitive information from a remote location at least once in the last six months. It was claimed that this has led remote working to be the most vulnerable part of network security.

"Organisations data security policies are only as strong as the weakest link. Right now, remote working is the chink in the network armour," said Gary Clark, vice president EMEA of SafeNet.

He said that it was the responsibility of the company management to ensure there were strong security policies in place. However, employees also had responsibilities and this could only happen if they had the right guidelines.

The independent, non-profit membership group Telework Association highlighted recent incidents where inadequate controls had led to the loss of sensitive data, such as when HSBC lost a computer disk with 370,000 details.

"There have been many cases reported recently where inadequate controls have led to the loss of sensitive data through the theft of laptop computers or the inappropriate transport of data storage devices," said Brian Higton, chairman of the Telework Association.

"We recommend that organisations have in place a Remote Working Policy that defines the measures that should be used to protect against the range of risks that could be encountered," he added.

However, Higton said that in his experience, the incidence of data loss from remote working personnel working on-line was not noticeably higher than for staff working in centralised locations.

Higton said: "It could be argued that in some ways, a distributed workforce is less vulnerable to hackers as remote workers tend to be less visible than their office-based counterparts."