Europe's not finished with Microsoft

Microsoft's troubles in Europe are far from over, as Neelie Kroes, The EU competition commissioner, has warned. We review the past and future options for Microsoft and the European Commission. 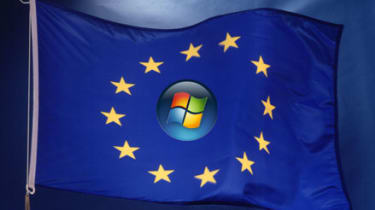 Much has been made of the Commission's insistence that Microsoft offer a version of Windows without Windows Media Player bundled, and the record fines imposed upon Microsoft. Improbably, some press coverage suggested that the European decision was a blow against innovation and competition. But the fines mean little more than a few pence on the price of Windows to a company as rich as Microsoft. The fines are a penance for Microsoft's prevarications and refusal to comply with the European courts.

The most important part of the judgement was the Commission's insistence that Microsoft be forced to publish the protocols used by Windows clients and servers under "reasonable" and "non-discriminatory" terms.

For this decision to have any meaning it was incumbent upon Microsoft to publish the protocols in their entirety, and to reflect the actual behaviour of Microsoft servers and clients in the real world - without evasion, inconsistencies, broken standards, obfuscations, fees or hidden patents - to comply with the commonly understood meaning of open standards and protocols as they have been implemented by other participants in the computing industry.

Microsoft has complied, with reservations, releasing protocols and data formats free for "non-commercial" use, (which immediately discriminates against competition), and making promises of future interoperability with its products. Unfortunately the promises have come with limitations, and the limitations target free and open source software.

As Thomas Vinje of ECIS, noted: "For years now, Microsoft has either failed to implement or has actively corrupted a range of truly open standards adopted and implemented by the rest of the industry. Unless and until that behaviour stops, today's words mean nothing."

It is worth noting that once Netscape was trounced and Microsoft assumed the monopoly position in the browser market there was a five year gap of no innovation or competition between the release of IE6 and IE7. The subsequent release of IE7 was almost certainly prompted by the rapid rise of the open source browser, Firefox, and was notable for its failure to comply with W3C standards. Domminance of a market by a proprietary monopoly does not encourage innovation.

Throughout the European Commission's proceedings Microsoft claimed that the protocols were proprietary to Microsoft, and talked of protocols that were enclosed in a "blue bubble". Georg Greve, president of the FSFE explained: "The blue bubble was a theory that Microsoft invented in order to justify that it had kept parts of the protocol secret. They said that there's a difference between the internal protocols and the external protocols, if you want to describe them like that. They said that certain protocols that are so secret that they are in this blue bubble, because they had visualized this with a blue bubble, that this could never be shared without actually sharing source code, without sharing how the program exactly works. These protocols were so special that somehow, magically, you had to have the same source code to actually make that work. That was the blue bubble theory. So they said things like, 'HTML is outside the blue bubble, but the things you want us to disclose, that is inside the blue bubble.'"

In the wake of the decision, the US Assistant Attorney General for Antitrust, Thomas Barnett, made the highly contentious claim that the outcome, "rather than helping consumers, may have the unfortunate consequence of harming consumers by chilling innovation and discouraging competition," which drew a clear response from the EU competition commissioner, Neelie Kroes, that it was "totally unacceptable that a representative of the US administration criticised an independent court of law outside its jurisdiction."

In contrast, the American Antitrust Institute noted "the oddity of Barnett's statement" as both Europe and the US had found that Microsoft was "a monopolist which had acted to harm competition, and both insisted on interoperability in framing a remedy," and noted that "the EC has appropriately targeted strategies that would have the effect of deterring investment in innovations that might lead to a reduction of the monopolist's power and new benefits for consumers."

As the kerfuffle surrounding MS-OOXML demonstrates, the publication of protocols and data formats is not enough. To become truly universal, proprietary interest must be relinquished, and interoperability frameworks opened up to discussion, contribution and maintenance by third-parties through a neutral party (usually a standards body), and this is something that the European commissioners are beginning to understand.

As the MS-OOMXl kerfuffle has also demonstrated, such processes are highly political, and like the political process, can be influenced and misled.

But for the moment, Microsoft's tribulations in Europe are far from over. The Commission is investigating a complaint from Opera Software demanding that Internet Explorer comply with W3C standards, and one from the industry body, ECIS (European Committee for Interoperable Systems), in which Microsoft is alleged to have "illegally refused to disclose interoperability information across a broad range of products, including information related to its Office suite, a number of its server products, and also in relation to the so called .NET Framework.