IT pros get political ahead of London's Mayoral election

Research into the political leanings of leading UK bloggers and internet forum posters shows an opinion poll-defying sub-trend among the net-savvy. 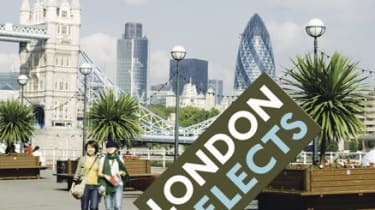 With voters in London just hours away from hitting the polls to vote for a new Mayor, a study into online political interest has revealed an interesting trend among net posters compared to mainstream opinion polls.

With the last set of opinion polls released ahead of voting showing Conservative candidate Boris Johnson in the lead, online communities and bloggers may have different ideas.

There are some who would argue that all publicity is good publicity. If that is so, then Johnson may still edge it, having received 1,301 mentions in major social media channels in the week ending 22nd April, against 1,021 for Livingstone and just 272 for Paddick.

"It will be interesting to see the extent to which online communities reflect broader opinion. Ken Livingstone has been outspoken in declaiming the digital divide and a lack of central government support for ecommerce, while Brian Paddick's pledge for free Wi-Fi access across the capital could be boosting his popularity with the online community," said Hazel Butters, managing director for Prompt Communications.

A full list of candidates for the election can be found here.