Timeline: How Microsoft and Yahoo nearly got together

It looks like Microsoft has finally given up on buying Yahoo. IT PRO recounts how the biggest takeover attempt since the dot com period came about. 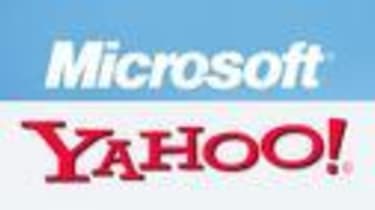 1 February 2008: Microsoft tables a $44.6 billion (22.3 billion) unsolicited offer to buy Yahoo. The part cash, part share bid valued Yahoo's stock at $31 (15.50) per share at the time. Microsoft's proposal letter explained that the acquisition offer came after numerous attempts to forge a partnership were rejected by Yahoo.

11 February 2008: Yahoo officially rejects Microsoft's offer after ten days of consideration. The board of Yahoo argued that Microsoft's offer undervalued the company. The board's official response to Microsoft implied that a higher offer from it or another company might be more successful.

14 February 2008: Reports claimed Yahoo has entered talks with US media company News Corporation about a possible merging of their online assets. Discussions between the companies focussed on a potential combination of News Corp's MySpace with Yahoo.

28 February 2008: Yahoo denounced Microsoft's bid as a 'significant distraction' requiring significant time and resources. The comments were made in an annual filing with the US Securities and Exchange Commission. Yahoo also had to handle several shareholder lawsuits relating to its handling of the deal.

11 March 2008: News Corp cools its interest in a deal with Yahoo, as Rupert Murdoch announces that his media conglomerate has no plans to make an offer. He states that he's not willing to get into a fight with the richer Microsoft.

7 April 2008: Yahoo said it was not opposed to a Microsoft takeover bid, stating that its issue was with the value placed on its business, not the identity of the potential buyer. The comments came in response to a three week deadline issued by Ballmer.

11 April 2008: Analysts back Microsoft's Yahoo bid, even though Yahoo has been making moves to partner with AOL and Google. An article from news agency Reuters at the time stated that the possible deals were not changing Wall Street's view that Microsoft would eventually succeed.

5 May 2008: Microsoft walks away after the two giants disagree on a purchase price. This leads to Yahoo's share price falling by nearly a quarter, with pressure mounting on the search company to find another strategy.