DisplayLink technology uses USB to expand your desktop view - no graphics card required! We check out the LG Flatron L206WU. 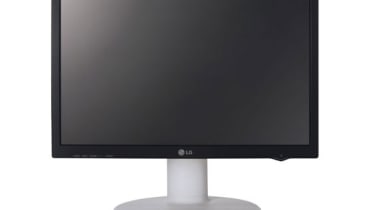 If there's one thing that makes you appreciate the comfort of having a high resolution, widescreen monitor, it's when it's taken away from you. Having enjoyed having not one but two 22in displays on my desk for an extended time, in addition to the 15in display attached to my laptop, it was quite a shock to have to go down to just the one extra 17in monitor.

What you might be wondering though, is how I managed to have three displays running on one desktop. While many of you will be familiar with multiple monitors it normally means that you can run a second monitor, by hooking a screen to each of the outputs on your graphics card. However, if you want to use a third, you normally would have to add a second graphics card to give you that extra input.

Not with the LG Flatron however. It instead employs some rather clever new technology called DisplayLink that actually uses plain old USB to hook up the monitor to the screen - yes, you read that right - USB.

Instead of a dedicated video connection, a chip inside the monitor handles the image rendering in conjunction with your system's CPU. This makes it stunningly easy to expand your desktop display, not to just two or even three monitors, but up to six, by daisy chaining them all together. This is great for specific applications such as displaying financial data, monitoring multiple virtual machines, keeping an eye on email and a web page while working in another document, or simply doing an impression of that guy from the Matrix.

The drivers for DisplayLink devices are built into the screens, so when you plug one in an install routine automatically fires up, just as it would when you plug in something like an external hard disk drive. After a couple of minute it's ready to go. Support is built-in for Windows XP and Vista and there are currently beta drivers available for MacOS, but you'll have to download and install those first. Linux doesn't appear on the radar however, which is a shame.

If you're setting up the LG Flatron L206WU as your primary monitor for the first time, you will need to use a conventional VGA or DVI cable, as you'll need to be able to see the install routine first, as before you've done this you won't get a picture. Fortunately, there's a VGA cable in the box.

The installation routine is fairly simple, and the screen goes black a few times as it does its job. Once done an 'Easy Connection' item appears in the system tray and it's listed as a removable device in My Computer.

Once the drivers are installed you can actually update them by installing newer ones from the DisplayLink web site. All in all it's an amazingly, simple process.

As soon as I took the LG Flatron L206WU out of the box, it got a reaction from the rest of the team, most of whom took an immediate dislike to the rear of the screen and the stand, which is a loud brash white colour. As the rear is multi-tiered it's deeper than average so will take up more space than some flat screens. It's not easy on the eye so if you're looking for a demure business-like screen, this isn't it.