The impact of the Eee PC

Had most people in IT even heard of Asus' Eee PC a year ago? Probably not. Yet its impact has been nothing short of remarkable... 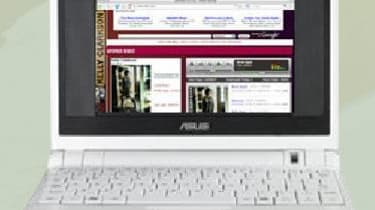 It is fair to say that, for a product that seemed a perfectly logical, hardly radical extension of the portable computer sector, the Eee PC has nonetheless shaken up the entire market. What's more, it's done so for a variety of reasons.

On one hand, its sheer affordability has enticed it to those who previously couldn't afford a laptop, or those who were looking for a second machine to keep around. Then there's its portability, which has endeared it to the business traveller who has to lug their machine around everywhere with them. If you can put up with the cramped keyboard, then the weight saving alone has to be admired. There's also its sheer overall size, which has pretty much managed to redefine what you'd expect of a truly ultra-portable laptop machine.

TimeWhat's surprising, of course, is that it took so long to get here. Very small laptops are nothing new of course, as any long distance train passenger could tell you when walking up and down a carriage. Bizarrely, the smaller the machine, the more significant the price tag that has been attached. It has taken Asus, and projects such as the One Laptop Per Child campaign, to turn all of that on its head.

With the Eee PC, not only did Asus manage to bring a genuinely compact and lightweight machine to market, but it did it by using components intelligently. This wasn't about the fast and the furious, it was about the most appropriate. Hence, a mainstream laptop boasts solid state storage not as a performance tool, but simply because it makes the most logical sense.

Yet in spite of the fact that Asus was out of the traps ahead of much of its competition, the fact remains that the Eee PC has still been a machine whose success has taken many by surprise. In the first couple of months after its release, it was plagued with the kind of stock shortages that would make Nintendo proud. What's more, its launch seemed to catch many of Asus' competitors on the hop. In the months that followed the initial debut of the Eee machine, the competition simply didn't manage to react in an impressive or cost-effective way to date. At least not yet.

Any portable manufacturer worth its salt has been scrambling for the last few months to bring its own equivalent to market, and the fruits of those efforts are obvious from laptop suppliers across the country. HP, MSI and Elonex are among those who have moved to fast track their own low-cost ultra-portables, the latter selling its machine - named The One - for less than 100 (breaking perhaps the last remaining price barrier of note in the sector).

Asus, meanwhile, is moving onto its second generation of Eee machines with the recently launched E900. This unit ups the power and the potential of the machine (and the price tag), and helps the firm flesh out a full portfolio of lower-cost ultra portables, rather than the two SKUs that Asus launched with.

RipplesAside from sending portable manufacturers into overdrive in a bid to slice up a piece of the proverbial cake for themselves, there have been other repercussions.

The obvious one is that the perceived price of a portable computer has been hit hard, and this is already on the back of many years of rampant cost-cutting in the sector. For business buyers looking to equip mobile workers, the Eee machines and their ilk still may not be suitable, but the continued dampening down of costs for competing, larger budget laptops is being warmly welcomed. In the education sector too, buyers are finding themselves taken aback at just how far their budgets are able to stretch, with pint-sized users less concerned about keyboard and screen size.

Secondly, the success of low-cost machines has surely been a contributory factor in Microsoft's increasingly relaxed deadlines to take Windows XP off sale. High specifications simply haven't been on the agenda for the likes of Asus here, and that's all-but-left Windows Vista out of the fastest growing segment of the laptop market. It hasn't been lost on the executives in Microsoft's colours that ultra-portables offer a compelling route to shift Linux operating systems onto mainstream desktops, as some Eee PC models have been doing. Hence, the strategic choice was made to prolong the lifespan of XP still further, as we reported here.

Problems?Not all of the impact has been quite so positive. The huge sales figures of the Eee PC - Asus has been predicting numbers north of five million for 2008 - has had a knock-on effect in terms of component supply. Batteries in particular have been in short supply of late, and it's believed that Intel has little chance of fulfilling its order book for its new Atom processors (which specifically targets the low cost ultra-portable sector) for some time to come.

There is also an argument that it's caused sizeable problems for the One Laptop Per Child initiative, given that Asus has delivered in numbers on the kind of technological thinking behind OLPC. And as Asus has also helped hasten the entry of other competitors into the market, the prospects for OLPC are far gloomier than they were looking even a year ago.