US politicians to debate net neutrality

The chairman of the House Judiciary Committee has introduced legislation that, if passed, will bar network providers from discriminating against some internet content. 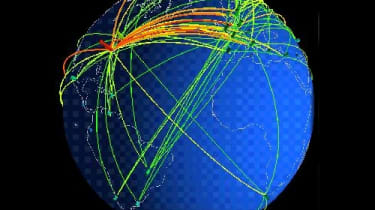 Net neutrality received a major endorsement this week after a leading US politician introduced a bill in support of an internet free of restrictions.

US House Judiciary Committee chairman John Conyers, a Democrat from Michigan, said the bill he and California Democratic representative Zoe Lofgren had introduced would require US broadband providers to operate their networks "in a reasonable and non-discriminatory manner so that all content, applications and services are treated the same and have an equal opportunity to reach consumers."

"If we allow companies with monopoly or duopoly power to control how the internet operates, network providers could have the power to choose what content is available," Conyers said in a statement.

US telco Verizon responded in a statement, saying such a bill would be "tough sell" in Congress.

"Broadband deployment is a bright spot in the U.S. economy that provides high paying jobs, unprecedented infrastructure investment, and innovation. Why would Congress want to jeopardize all that with this bill?" Verizon spokesman David Fish said.

At issue is the so-called "network neutrality" controversy that pits open-Internet advocates against some service providers, who say they need to take reasonable steps to manage ever-growing traffic on their networks.

The net neutrality issue has been spotlighted by a series of incidents in which US-based network operators, such as Comcast and Verizon Wireless, the latter part owned by UK mobile phone operator Vodafone, were accused of hindering certain online data moving over their networks, such as file-sharing or text-messaging.