Once upon a time, providing internet services was a straightforward business. It certainly isn't any more, though, as the threat of new legislation and litigation hang over the industry. 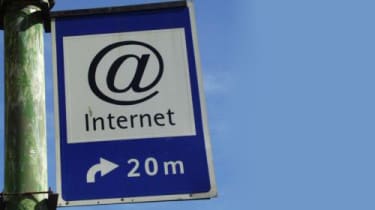 When the British government announced that it was thinking about adding responsibility for policing the traffic that's shunted around the Internet onto the plates of Internet Service Providers (ISPs), it generated a level of sympathy for a set of companies that don't usually get any.

After all, for most people, an ISP is the company you battle with over ropey connections, or usage caps, or an assortment of other assorted broadband problems.

But here, a Government was seen to be siding with large, multinational entertainment conglomerates, which were looking for action with regards the widespread distribution of pirated films and music online. And the buck landed not at the feet of the producers of such content, replete with their multi-billion dollar balance sheets (and business practices that still haven't adapted to the potential of legitimate downloadable content, particularly in the movie sphere). But instead the policing demands for this could well land in the court of an ISP, with its wafer-thin margins, and bountiful load of other considerations piling up in the in tray. Not surprisingly, ISPs aren't best pleased, and already TalkTalk (owned by the Carphone Warehouse) has flat out refused to have anything to do with it (and we're coming back to this issue shortly).

Easier daysIt all used to be so much simpler. Back in the late 90s, there were margins to be made in selling internet services to consumers, with the dial-up era finding customers willing to pay not just the price of a phone call, but also a monthly connection fee too. Then along came Freeserve, quickly followed by the broadband revolution, and any big company who previously had sat out of the internet boom suddenly smelt cash.

Broadband, of course, has opened up extraordinary opportunities that were unthinkable even ten years ago, with the amount of data that even the less demanding of households shifting around online likely to be enough to fill a phone bill all that time ago. Yet it's presented a problem. In comes, for instance, an operation such as Sky, which uses broadband almost as a loss-leading service to sell more lucrative television and telephony services and to reduce subscriber churn, and the perceived value of internet access falls through the floor. The rest of the industry follows suit to an extent where pricing is then concerned, simply to hold on to its customers, and the marketplace changes.

Now we find ourselves in a position where broadband internet access has never been cheaper, and yet the market finds itself at a crossroads. The low-cost approach clearly has its limits, and headlines have not been in short supply with regard the challenges facing the Internet in the near future. Capacity issues are being increasingly mooted, even more so when services such as the BBC iPlayer are being revealed as attracting over a million users.

The BBC, naturally, is not funding the increasing in traffic that the shifting of such data-intensive content has resulted in (and the chief of Ofcom, Ed Richards, has already said that he doesn't believe that the BBC should be held responsible for the bill). Instead, it remains a problem that ends up back in the basket of the ISP again.