Managing the public face: Why perception is king in IT

Some leading IT companies are seen as big and unfriendly, others as cool and welcoming - but why? 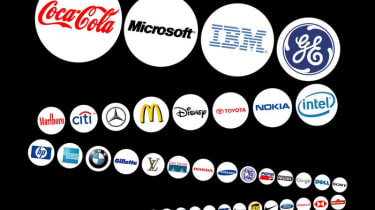 Microsoft's attempt to take over Yahoo generated thousands of words of analysis on a daily basis, and continues to do so now. Unsurprisingly, a good many of those words contain negativity and suspicion.

This was a big company trying to get bigger! It was a hostile takeover that could easily be viewed as nothing short of bully boy tactics or attempted world domination.

In more than one place on the internet, you can read reactions such as these, and they multiply by the day. The fact that another company with an image problem, Rupert Murdoch's News Corporation, found itself knee-deep in the story simply added to the vision of two dragons fighting each other. Headline writers, you could argue, have rarely been happier.

For Microsoft, the negative press came as little surprise, given the view that many seem to instantly adopt when its name is linked to any kind of deal or development. For in spite of some of its best efforts of the last few years, the company still has an image problem. It's one that it's very much used to, and it's one that's not going away anytime soon

This is because its very name still incites immediate opinion and immediate perception. There's a wariness in some, one that's not - more often than not - down to the quality of the firm's products (although the ongoing debates over Vista don't particularly help), but instead because of its monopoly status. Microsoft is often painted as the big, nasty domineering company that tramples everyone else, and no matter how much time is spent on friendly interviews, on PR campaigns and on marketing initiatives, this image, if anything, strengthens rather than retracts.

Over in the digital music market, you could also argue that Apple is in a monopoly position. Its iPod player is synonymous with the MP3 revolution, accounting for the sizeable majority of that particular market (one that Microsoft's Zune has found it damn near impossible to break down, hence its still lack of appearance in the UK, well over a year since its US launch).

Furthermore, Apple's iTunes store is regarded as the number one destination for buying legal music online, to the point where vouchers to spend there are being sold at the checkout of supermarkets. That's gone beyond the technology sector - that's as mass market as you can realistically get.

Yet Apple is also engaged in digital rights management, has arguably leveraged its power over the music industry, and yet retains an image of being a cool and friendly company. Steve Jobs can garner as many headlines with one speech as Bill Gates, but - often in spite of the content - it's the former who will get the better press.

Can you really imagine what would have happened if Bill Gates had walked onto the stage of CES earlier this year with an ultra-thin laptop in a mailing envelope? Apple gets front covers and praise, Microsoft would have been criticised for muscling in on the PC hardware market, and would have almost certainly attracted an air of distrust in a significant slice of reports. And yet given the two companies' respective strengths, they're surprisingly comparable.

Sitting somewhere between the two is Google. There's not a firm in the technology sector that hasn't been impacted in some way by the growth of the Google operation, which sprung pretty much out of nowhere and grasped the proverbial initiative by being fast, innovative and perceived as friendly. But Google has long-since passed a threshold of size, and as a result, there are alarm bells that have started to ring.

As much as its developments have acted as enablers for many, with the Google search engine alone able to make or break a business, its sheer power is causing the perception of the company to be challenged. One example of this was when Google famously ceded to the Chinese government's requests to censor search results in the country.