One in eight work now from home

National Work from Home Day will see five million people stay away from the office using mobile technology and broadband. 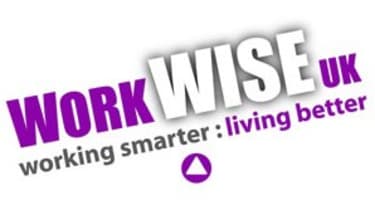 Nearly one in eight UK employees now work from home, according to the Trades Union Congress (TUC).

The statistics, released to mark National Work from Home Day this Thursday, show an increase of 600,000 since 1997 to 3.5 million home workers. Lobby group Work Wise UK expects some five million to earn their pay from their own homes this Thursday to mark the event.

Earlier this year, analysts IDC said a billion people would be working on the go, spurred on by advancements in mobile technology.

According to the TUC numbers, if self-employed people are included, the South West claims the largest number of home workers, at 15.7 per cent. This is followed by Eastern England at 14.4 per cent. Some 9.3 per cent of North Eastern workers and 9.4 per cent of Scottish workers toil from home, the statistics showed.

The numbers fall if self-employed people are excluded, however. The South West drops to 6.8 per cent, while the East falls to 6.2 per cent. Across the UK, 5.1 per cent of the self-employed are based at home. This has increased 36 per cent over the past decade.

"The benefits of working from home, even occasionally, are now widely accepted," said Phil Flaxton, chief executive of Work Wise UK. "Not only does it reduce the amount of commuting people have to do, enhancing their work-life balance, but many are actually more productive."

Work Wise UK also promotes mobile and flexible working - both of which have been made easier with improvements to broadband and other mobile technology. But these advances are not appreciated by some managers.

"Although many organisations practise the age-old philosophy of 'presenteeism', they should open their eyes to the new work ethic spreading across the UK and try out home working: they may well be surprised," Flaxton said.