NAO: NHS IT will be four years late

Progress report by NAO says the original timescale to roll out the programme "raised unrealistic" expectations and put confidence in the system "at risk". 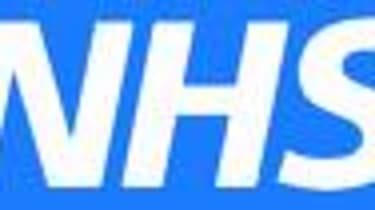 The 12.7 billion NHS IT overhaul will arrive four years late, a report by the National Audit Office (NAO) has said.

The NAO said that the original timescale for the electronic Care Records Services was unachievable.

According to the report, in order to support the creation of Detailed Care Records, local service providers - including BT in London, Fujitsu in the South and CSC in the North, Midlands and East - are implementing electronic care records systems in a series of releases.

However, developing and deploying these systems in the NHS has proved a far greater project than expected. In the North, Midlands and East, in particular, development of iSOFT's Lorenzo system has taken much longer than originally planned.

A spokesperson for the NAO confirmed that there are still concerns regarding the rolling out of the Lorenzo system, as further delay could jeopardise the programmes new expected completion.

Chairman of the committee of public accounts Edward Leigh MP admitted that rolling out the programme would be "challenging" and that the delivery expectations have damaged its standing.

"Over time, the Department of Health (DoH) has had its eyes opened to its enormous scale. And by building unrealistic expectations for delivery, confidence in the whole programme has been damaged."

However, Leigh pointed out that positive changes have been made in the deployment of the programme.

"My Committee reported on the programme last year and our recommendations have given the Department and the NHS a push in the right direction."

Head of the NAO Tim Burr said that the main priority now was to complete the care records system.

"The scale of the challenge involved in delivering the National Programme for IT has proved to be far greater than envisaged at the start, with serious delays in delivering the new care records systems," he said.

"Progress is being made, however, and financial savings and other benefits are beginning to emerge. The priority now is to finish developing and deploying care records systems that will help NHS Trusts to achieve the Programme's intended benefits of improved services and better patient care," Burr added.

So far the estimated cost of the programme is 12.7 billion, but due to the delay in deployments, actual expenditure to date stands at 3.6 billion, lower than expected.

The success of the programme now depends on the commitment of NHS staff, according to the report. In its latest survey the DoH also concluded that 67 per cent of nurses and 62 per cent of doctors expected the new system to improve patient care.