No OOXML in Office 2007 service pack

Next year's update of Microsoft's Office 2007 will see ODF and PDF support, but OOXML won't show until 'Office 14'. 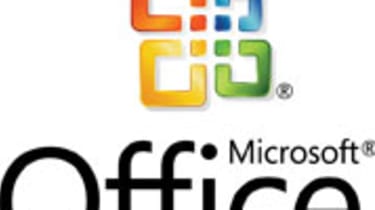 The next Service Pack for Microsoft's Office 2007 will feature native support for ODF and PDF formats, but won't include the newly-ratified version of its own OOXML format until "Office 14".

Office 2007 Service Pack 2, which is due early next year, will include support for the open-source ODF, Adobe's PDF and Microsoft's own PDF alternative, XPS.

Microsoft offers support for ODF in its current version of Office but only if additional software is downloaded separately and installed.

The company says it will also join a technical committee that is discussing a newer version of ODF. It didn't say how long it would support ODF or whether it would support successive versions of ODF.

Curiously, however, Microsoft has no plans to update the OOXML specification in the Service Pack.

"Microsoft has defined a roadmap for its implementation of the newly-ratified International Standard ISO/IEC 29500 (Office Open XML). IS29500, which was approved by the International Organisation for Standardisation (ISO) and International Electrotechnical Commission (IEC) in March, is already substantially supported in Office 2007, and the company plans to update that support in the next major version release of the Microsoft Office system, codenamed Office 14," the company said in a press statement.

Microsoft may have decided to have improve support for ODF after complaints about the poor performance of its existing translators.

The British government education agency BECTA has complained to UK and EU competition authorities that the translators have limited functionality and are poorly integrated.

"The Commission would welcome any step that Microsoft took towards genuine interoperability, more consumer choice and less vendor lock-in," it claimed.

Thomas Vinje in Brussels, a lawyer who has represented clients opposed to Microsoft, said the announcement is meaningless unless Microsoft makes ODF the default standard when people opened Office. If ODF is not the standard its presence "won't matter because the vast majority will not use it."