Low-cost laptops and WiMax to pull in the crowds to the Taipei computer show. 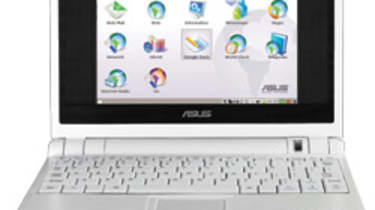 The Eee PC revolution is set to continue at Computex this week, as smaller, low-cost PCs are likely to be at the top of the shopping list for technology buyers gathering in Taipei this week for the world's second largest computer fair.

Cheaper, low-cost PCs, such as Asus' Eee computer, aimed at emerging markets and buyers of additional computers, may keep growth on track for many computer and component makers in the face a poor economic climate.

These PCs, many with longer battery lives and wireless connection features, will share the stage with a line of eco-friendly computers with slimmer, energy-efficient displays and solar power systems, designed to cut power consumption as oil prices soar and consumers seek ways to reduce their environmental impact.

Asus Computer, which makes the runaway success Eee PC, will display new, wider-screen models that allow users to do everything from storing video clips in shock-proof flash memory and surfing the Web in coffee shops.

Acer, Taiwan's most famous PC brand, will also test the water by introducing similar low-cost PCs as it expand into fast-growing emerging markets, including China and India.

"We will launch a notebook different than the ones we've sold before and targeted at a new consumer segment," an Acer spokeswoman said.

Next to Acer's booth, Intel will be promoting its new processors, as the US chip giant sees a big market for ultra low-cost PCs that can fit in one's pocket and for the netbook, a PC selling for about $250.

The show's organizers say a total of 1,725 exhibitors, including foreign technology companies, such as Intel and AMD, will attend the 3-7 June show in Taipei, up 29 per cent from last year to a record high.

For the first time, Computex buyers can have a quick tour by using trial laptops that have an ultra-high-speed Internet technology, WiMax, built in when they take free shuttle buses, the organizers said.

Many Taiwan PC makers and telecom operators have pinned their hopes WiMax technology winning the battle to be the fourth-generation mobile standard of choice.

"WiMax has been getting much chatter and with players like Sprint and Google coming in, its a huge push for the technology," said Rosemary Ho, Chairman and chief executive of Global Mobile, a WiMax license holder in Taiwan.

Intel has also made a big bet that mobile WiMax will take off soon, even though many large operators in developed countries are throwing their weight behind a rival technology, known as Long Term Evolution (LTE).