New research has confirmed that technological advances enabling UK people to work on the move benefits the national economy to the tune of £9 billion a year. 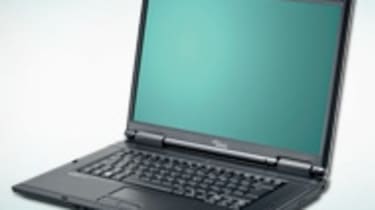 No sooner has the dust had a chance to settle on National Working from Home Day, a new survey released today has found the UK economy profits 9 billion from working on the move.

Britain on the Move, the research paper published by UK transport media business CBS Outdoor, said the UK gains 99 million working days a year, in addition to the 9 billion generated towards UK productivity as a result of working while commuting.

The research, carried out by the Future Foundation, found over a fifth (22 per cent) of commuting time is now dedicated to doing or thinking about work, contributing an additional 130 million productive minutes to every working day.

At the same time, over half the working population (55 per cent) now like to be contactable at all times, a figure that has risen from 50 to 59 per cent among women and from 47 to 53 per cent among men since 2000.

As a result, over a quarter (27 per cent) of the population believed electronic gadgets had made their journey to work more productive, rising to a third (32 per cent) of men when compared to 23 per cent of women. Overall, 36 per cent women and half of all men said they find it useful to use new technologies on the move.

The most productive modes of travel emerged as the tube or tram, with 32 per cent, followed by trains (28 per cent), travel on foot (22 per cent) and car (22 per cent). The more environmentally friendly alternatives of the bus (21 per cent) and bike (17 per cent) are seen as the next most productive, although active working was most likely to occur on trains and the tube, with nine and 10 per cent of commuters respectively using email on the move. Just over one in ten (11 per cent) using their laptops on both modes of travel.

Tim Bleakley, sales and marketing managing director at CBS Outdoor said: "Major advancements in technology are making it possible for people to now merge travel and work seamlessly, bringing immense added productivity to the working day and delivering a quite startling financial boost to the UK economy."