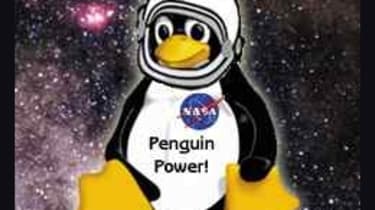 The consortium comprises particle cosmologists and astrophysicists from the Department of Applied Mathematics and Theoretical Physics, Institute of Astronomy, and Cavendish Laboratory at Cambridge University, Imperial College London, the Universities of Portsmouth and Sussex, and other interested research establishments.

In the early days of the project Hawking declared that COSMOS "will enable us to calculate what our theories of the early universe predict, and test them against the new observational results that are now coming in." Cosmological research into the origins of the universe and life as we know it remains a rare field of research where Britain still leads the world.

The beginning of the end

The COSMOS project seeks to explore the limits of eternity and the theories at the boundaries of human knowledge about the origin of life and the universe, an area that has been "bedevilled by a surplus of theories and not enough data". A key research area of UK-CCC is the scientific exploration of cosmic microwave background (CMB), the relic radiation left over from the Big Bang.

The contention of the Big Bang theory is that some 14 billion years ago the universe was hot and dense, exploded, and released powerful bursts of radiation matter which led to the dispersing galaxies and cooling gas clouds that can be seen from our astronomical observatories today. The Big Bang left in its wake a wash of radiation that covers the universe, and gives clues to physicists about the origins of galaxies and stars, and the dispersal of matter around the universe.

The project is closely linked to the European Space Agency, and derives much of its data from information garnered from satellites. The researchers started out with three primary objectives. In a simplified form, these were:

To accumulate and analyse data from a variety of sources to realise a snapshot of the universe as it was 300,000 to 400,000 years after the big bang.

"To utilise the cosmological data that is coming on-stream" to build models of the universe based on existing theories of the origin of life, and project them forward to the known conditions of the present, testing and adjusting the theories against the known data, and proving or disproving their validity against the established facts.

To follow the formation and dispersal of galaxies, and determine their origins, and to determine "the size and shape and ingredients of the universe".

The COBE satellite, launched by NASA in 1989, with the objective of measuring the "diffuse infrared and microwave radiation from the early universe to the limits set by our astrophysical environment," carried three instruments, a Far Infrared Absolute Spectrophotometer (FIRAS) to compare the spectrum of the cosmic microwave background radiation with a precise blackbody, a Differential Microwave Radiometer (DMR) to map the cosmic radiation sensitively, and a Diffuse Infrared Background Experiment (DIRBE) to search for the cosmic infrared background radiation. According to NASA, "each COBE instrument yielded a major cosmological discovery."