A Home Affairs report has called on the government to guard against a "surveillance society". 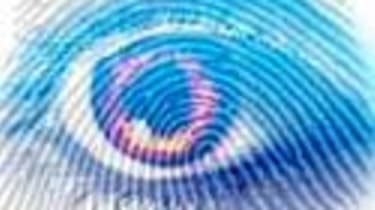 The government must guard against the drift into a "surveillance society", only keeping data on individuals as long as is absolutely necessary, a parliamentary committee said on Sunday.The Home Affairs Committee called on the government to adopt a principle of what it called "data minimisation", collecting only essential information and keeping it under a tight curb."What we are calling for is an overall principle of 'least data, for least time'," said committee chairman Keith Vaz."We have all seen over the past year extraordinary examples of how badly things can go wrong when data is mishandled, with potentially disastrous consequences."Last year a government department lost in the post two unencrypted computer discs containing the personal and banking details of 25 million people claiming child benefit.Concern was also raised after it emerged that security services had recorded a conversation between a prison inmate and his local parliamentarian.The Information Comissioner's Office said earlier this year that there has been nearly a hundred such data breaches in the past six months.The committee rejected charges that Britain was already a surveillance state but warned against "function creep" -- the use of data for purposes other than for which it was collected.It also warned against adding microphones to surveillance cameras that would make an already high level of information collection even more personally intrusive."What we are concerned with is the tendency to collect more and more data just because the technology allows it and for data to be used beyond the purposes it was initially collected for," said Vaz."For example, we would completely object to any attempt to use data on children for the purposes of predictive criminal profiling rather than child protection."The committee said the information commissioner should produce to parliament an annual report on the state of surveillance in Britain.The report could have implications for the national identity card scheme, Guy Herbert, General Secretary of NO2ID said. "Minimisation of data is common sense for both privacy and security. A pity then, that the National Identity Scheme offers precisely the opposite. Its whole conception is to join together as much personal information possible and keep it available forever - maximisation of data.He added that "grinding on with its mass surveillance database projects in the face of these recommendations would be astonishing arrogance."