The Bristol-based University of West England is planning to migrate much of its complex application environment to its developing virtual application delivery environment. 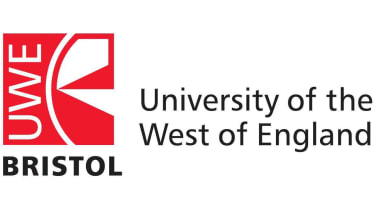 The University of West England today revealed it is about to migrate some 200 of its 300-strong complex application environment onto its maturing virtual application delivery platform.

The institution already provides its users with varied access to applications and desktops through its long standing distributed computing environment based on Citrix technology.

Alistair Sandford, University of West England project manager, spoke to IT PRO about its evolving use of Citrix technology at the vendor's iForum UK user conference.

"We started our WinFrame project as far back 1999 when we realised we needed to move away from [Microsoft] Windows 3.1 onto a 32-bit platform," he said. "We looked at Citrix for the potential cost and management benefits it could offer."

He said the university had already saved at least 2 million in terms of its total cost of infrastructure ownership since 1999 when comparing the costs of maintaining its old hardware and software environment to the Citrix alternative.

And, as the most cost-effective way of supporting the university's move to 32-bit computing, Sandford also said adopting virtual application delivery capabilities allowed it to offer users a consistent user experience.

"More recently, the organisation is increasingly moving to more delivery of multimedia heavy applications, using Flash for instance, so we've chosen to stay with Citrix and build on the ongoing centralised application management and delivery benefits," he added.

The university currently runs 1,800 thin client, Windows terminals using the latest version of Citrix XenApp. Its libraries, cafes and bars, and any public facing area, use the terminals "as they are quiet and much less attractive to steal," Sandford explained.

But, of those applications that had hitherto been too resource intensive to run on its terminal infrastructure, it now plans to use the latest XenApp release to move at least 200 into its thin client environment.

With a large number of nursing students, Sandford added that related applications that previously were not deployed on its thin client infrastructure, can now be made available via PCs at hospitals, surgeries and clinics, where students may be placed for work experience.

"We're unable to deliver virtual desktops to students at home because of Microsoft's licensing, but with our staff using enterprise licences, they can also log in at home and get exactly the same desktop they do at work," he said.