Widespread use of chip and PIN-based contactless payment technology is “only a matter of time,” claims payment body Apacs. 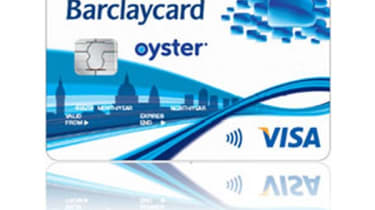 The payments industry body Apacs told IT PRO there were 337,000 cards enabled for the technology so far, mostly in London and the South East where trials have been held by Barclaycard, Visa and Transport for London (TfL).

It also said 6,000 merchants now have the equipment to process payments with the wireless system, although 1,000 of those were part of trials and 2,000 were in the Greater London area, while 2,500 were just outside the M25.

APACS spokeswoman Jemma Smith said the use of contactless for quick-service, low value payments proved that widespread use of near-field communications (NFC) technology was "not a matter of if, but when" within retail and financial services.

But she added: "There isn't a great deal happening at industry level at the moment, but the uptake as part of m-commerce is already happening."

In January, telecoms analyst Juniper Research said mobile payment technology amounted to a "gold rush" for the financial services industry, predicting just over 612 million mobile phone users would generate over $587 billion (295 billion) worth of financial transactions by the end of 2011.

This followed trials of mobile payment technology in black cabs, McDonalds, the combined Barclaycard TfL Oyster card and Barclaycard's own OnePulse credit card, using Visa PayWave' technology. MasterCard launched its own PayPass' trials in and around the Canary Wharf area, while NFC technology has been in use at London Fashion Week.

Kevin Smith, Visa Europe vice president of innovations and acceptance told IT PRO the adoption of chip and PIN systems by retailers to combat card fraud had created a "great opportunity for hardware manufacturers, card issuers, retailers and banks to use this common platform to drive new payment applications".

He added that credit, debit, loyalty and gift applications could all be run off the same chip standard used by card companies, particularly suited to low value, fast transaction time payments at convenience stores, for example.