The new IBM system, built for the US Department of Energy, is the most powerful computer in the world, according to the TOP500 ranking. 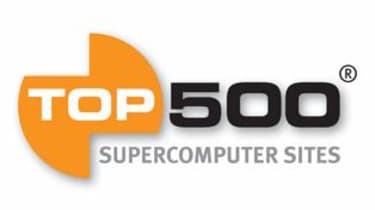 It now takes a petaflop per second of processing power to be the top supercomputer in the world.

The new number one on the TOP500 ranking is the system built by IBM for the US Department of Energy's (DoE) Los Alamos National Laboratory. The system, dubbed "Roadrunner", is the first supercomputer to hit 1.026 petaflops a second, taking it to the top of the ranking.

"Over the past few months, there were a number of rumours going around about whether Roadrunner would be ready in time to make the list, as well as whether other high-profile systems would submit performance numbers," said Erich Strohmaier, a computer scientist at Lawrence Berkeley National Laboratory and a founding editor of the TOP500 list.

The Roadrunner - which uses advanced versions of processors found in the Sony PlayStation 3 knocked the IBM BlueGene/L at the DoE's Lawrence Livermore National Laboratory out of the top spot which the 478 teraflop/s system has held since 2004.

The third ranking system is also a DoE supercomputer and also built by IBM. That BlueGene/P has clocked in at 450.3 teraflop/sec, the TOP500 listing said.

The US leads in supercomputing, with the top five machines and 257 of the top 500. The UK leads in Europe, with 53 systems, up from 48 the last time the rankings were released six months ago. The top UK supercomputer came in at number 18. The IBM pSeries is based in Reading at the European Centre for Medium-Range Weather Forecasts.

Intel processors are found in three quarters of the TOP500 systems, while IBM has made 42 per cent of the supercomputers, over HP's 36.6 per cent. Some 283 use quad-core processor based systems.

The system sitting at the bottom of the list would have been ranked 200th in the last version of the TOP500 in November, marking the largest turnover rate in the 16 years the ranking has been run.

Keeping with the green times, the TOP500 also calculated energy efficiency. The most efficient supercomputers are based on IBM QS22 Cell processor blades, which run at 488 Mflop a second per Watt.

For more details on the ranking, visit the TOP500 site here.