The phone maker is buying out its partners in the Symbian software business, making the platform open source and free. 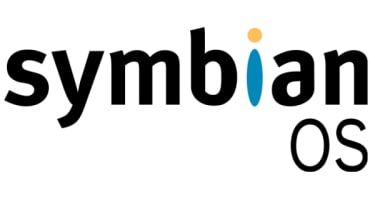 Nokia has surprised the industry with a sudden announcement this morning that it is buying out the remaining shareholders of handset software firm Symbian.

Furthermore, the company plans to throw open the platform to wider use by making it open source and waiving royalties, in a clear message of intent to compete against Apple's Mac OS X iPhone and Google's delayed Android platform.

Symbian's software is used in two-thirds of smartphones and six per cent of all mobile phones, but new platforms such as those from Google and Apple, as well as Microsoft's Windows Mobile, are challenging its dominance.

"The move's a shrewd response to growing threats from other providers of mobile phone software," said Geoff Blaber of research firm CCS Insight.

"This puts a lot of pressure on Microsoft right at a time when they are trying to really push into the consumer space," said Gartner analyst Carolina Milanesi.

"Lower price points are what operators and the market need to push smartphone adoption and dropping royalty is going to help that. For operators this offers a good alternative to Android," she said.

Nokia will pay 264 million (208.8 million) for the 52 per cent of Symbian it does not already own, it announced this morning.

The Finnish company also said it and other top phone makers along with operators AT&T, NTT DoCoMo, Vodafone and chip makers Texas Instruments and STMicroelectronics had formed the Symbian Foundation to develop the software further.

Nokia will contribute Symbian and its S60 software assets to the foundation, while Sony Ericsson and Motorola will inject their UIQ variant of the platform into the Symbian Foundation, and NTT DoCoMo will do likewise with its MOAP software, creating a new joint Symbian platform in 2009.

Nokia said Sony Ericsson, Ericsson, Panasonic and Siemens had accepted the offer for their Symbian stakes, and it also expected Samsung to accept.

It expects the deal to be completed by the end of this year.