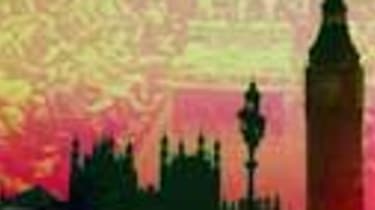 The contract will run over a period of seven years, with Airwave designing, installing and managing the network. Airwave's system is currently used by several police forces, including the British Transport Police.

Gordon Maclennan, assistant chief executive of SPT, said the technology "is being adopted by other emergency services making it an essential contribution to SPT's emergency planning and improving the safety of our Subway passengers."

Unisys has won a seven-year extension to its contract with Humberside Police to support and expand its CIS4 system, the fourth version of the Force's Criminal and Intelligence System Release.

The system is used by Humberside Police to link information between the units responsible for intelligence, crime, and domestic violence. CIS4 is a web-based solution giving officers one-stop, real-time access to information, as well as improved search features.

Graham Dawson, head of Information Services at Humberside Police, said, "CIS4 is an extremely important project for the Force and for public safety. [CIS4] sits at the hub of our operational capability, and we are pleased to draw on Unisys expertise in justice solutions and support services."

In an aim to reduce its carbon emissions, Barnsley Metropolitan Borough Council has enlisted the help of Avanquest and Xerox to develop a greener' workplace.

The council is limiting its use of paper by decreasing the number of Xerox printers they have, as well as setting up an electronic fax system rather than printing paper copies.

The council has signed the Declaration on Climate Change, aiming to tackle climate change and greenhouse emissions across the region, as well as working with organisations to reduce the borough's carbon footprint.