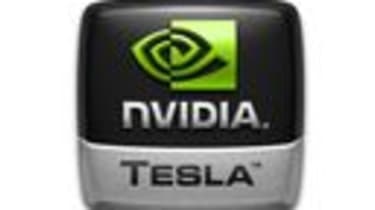 nVidia may be best known for its gaming dedicated graphics hardware, but its latest chips are proving popular in the high performance computing space and are making a big differences to corporate customers such as the oil industry.

In a briefing with IT PRO Steve Purves, technical director of FFA, a provider of seismic analysis software to the global oil and gas industry, says that nVidia's new Tesla 10 series parts in combination with nVidia's CUDA programming language, have made a big difference to the performance of the tools that it offers to geophysicists.

"Our tools look at subsurface data and analyse it. We have specific algorithms to do this and it can take hours or even days on CPUs. [With the latest Tesla series] we're looking at 10-30x performance improvement. That's a great performance boost and we're expecting more."

Purves also said that the performance of the news Tesla parts means that FFA can now create more interactive and visual tools to help geophysicists spot the patterns they are looking for.

"We can now mix volumes of seismic data on the fly. By having this computer power on the desktop, geophysicists will be able to screen the dataset much more quickly, which will greatly speed up classification.

"This will greatly speed up the exploration for oil. The next generation of geophysicists will want this as it's much more accurate".

nVidia's new Tesla 10 series board is called the Tesla_C1060 and features the T10P chip, which is based on the recently released mainstream GTX 280 graphics processer. The board boasts the same 1.4 billion transistors and 240 processing cores as the GTX 280 graphics board, but does away with the rear I/O ports, while its cores run at a faster 1.5GHz, (up from 1.3GHz).

The T10P doubles the performance of the previous generation Tesla, with one Teraflop of processing power. It also has more than double the memory, with up to 4GB on board. It also offers double precision for more precise floating point calculations that are important for financial, science and design applications.

The Tesla 10 series is also available in a S1070 1U rack system that combines four Tesla board to deliver up to four teraflops of compute power.

Andy Keane, founder of GPU computing at nVidia says that the new Tesla processor is significant as it doubles the performance of nVidia's CUDA programming language.

CUDA is nVidia's high level programming language that enables programmers to use the C programming language to code applications for the GPU. It provides direct access to the native instruction set of the chip, enabling developers such as FFA, to access the highly parallel computational abilities of GPUs.

"CUDA is programmed in C, because everyone knows it", Keane told IT PRO. "Using a proprietary language would have just put up another barrier."

Keane explained how with CUDA applications do not have to be programmed specifically to make use of multiple cores. "In oil and gas computing CPUs don't scale well above four cores, but by using CUDA you're insulated from the number of cores you don't have to worry about it", backing this up by showing an nVidia chart that displayed linear scaling from 128 cores to 384.

While nVidia's mainstream GeForce line continues to be its core business, Keane says he expects the Tesla high-performance computing range to contribute an increasing amount to nVidia's bottom line in the future. "I expect it will be very big business as the scale of the computing industry is huge compared to graphics. It's a huge industry."