Despite continued speculation over its future as an independent company, Yahoo is moving ahead with its reorganisation plans, consolidating several business units. 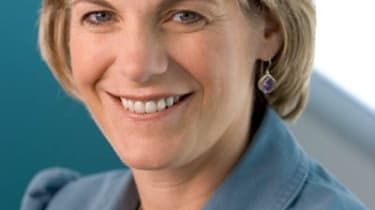 Yahoo has unveiled the third stage of its business reorganisation plan, as the company tries to reassert itself as a standalone company in the wake of Microsoft's failed takeover bid.

The move, following similar changes to Yahoo's advertising business and the elevation of Decker and chief executive Jerry Yang to power over the past year, is aimed at better capitalising on the growth of web advertising and exploiting Yahoo's large audience.

Yahoo boasts more than 500 million visitors to sites ranging from email to search to finance, news and sports.

A new US regional division will be led by Hilary Schneider, who had run the global partner solutions group in charge of the company's advertising. Yahoo also created an "insights strategy team," whose leader has yet to be named.

The US group will work in parallel with three existing international business units for Asia, Europe and emerging markets. No management changes were made there, Decker said.

The new teams being created will all report to Decker.

In addition, Ari Balogh, who joined as chief technology officer five months ago, has taken on increased powers and will consolidate separate technology platforms used to run different consumer services into a group led by Venkat Panchapakesan.

The changes were preceded by some top executive departures. Yahoo leaders and outgoing executives said the exodus was due to a variety of motives, with many leaving for personal reasons and only a few departures related to the latest reshuffle.

In organisational chart terms, Decker now has four regional divisions instead of three. Marketing products, mobile internet and corporate marketing are unchanged while the Audience division replaces what had been the Yahoo Network group and Schneider's partnership division folds into other functions.

"It begs the question, what is Jerry Yang doing?" Sanford C Bernstein analyst Jeffrey Lindsay said. "It looks like there has been a significant shift in power towards Ms. Decker."

"Clearly if there are three new groups reporting to her that would suggest to us that she's taking a larger role in operations," he said.

In a statement, Yang said the latest changes would help Yahoo capitalise on the convergence of the two primary types of web advertising - search and display ads. Users see search ads alongside keyword search results, while display ads, preferred by many corporate brand marketers, run on content pages.

Decker said a restructuring of the consumer-facing side of the business and recent executive departures did not reflect a broader change of power within Yahoo's senior ranks.