US authorities undertake a formal probe into the Google - Yahoo deal, signalling they have cause for concern. 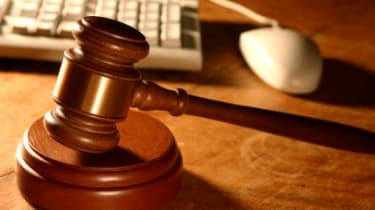 The US Justice Department has opened a formal antitrust investigation into a deal between Google and Yahoo to share advertising revenue, according to reports.

Investigators are planning to demand documents not only from Google and Yahoo, but also from other large companies in the internet and media industries, the newspaper reported, citing sources who spoke on condition of anonymity.

Archrivals Google, with more than 60 percent of the Web search market, and Yahoo, with 16.6 percent, agreed last month on an advertising partnership under which Yahoo will let Google put search ads on its site in a deal Yahoo called an $800 million (401 million) annual revenue opportunity.

Google and Yahoo are ranked number one and two in search respectively.

When the advertising pact was announced on June 12, the companies said they would give antitrust authorities 100 days to look at the deal before beginning it.

But a formal investigation signals that the Justice Department may have found some cause for concern.

Yahoo expressed confidence that the deal would be good for competition, the article from the Washington Post said.

"There is nothing unexpected in the review of this arrangement as structured by the parties and Department of Justice officials," Yahoo said in a statement.

Google and Yahoo spokespeople were not immediately available for comment.

Lawyers familiar with similar investigations said that the kind of legal requests being issued by the Justice Department in this case -- "civil investigative demands" -- are not used for routine matters, the Post said.

The Google-Yahoo collaboration does not need up-front approval from U.S. antitrust authorities since the two companies are not merging. However, the government could challenge the arrangement in court if it concluded that it would restrain competition between them.