Can Nokia stake a claim against the iPhone in the high-end smartphone wars? Stephen Pritchard certainly thinks it can. 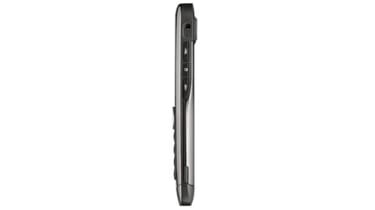 Nokia might be the global market leader in mobile phones but one market where the Finnish vendor still faces tough competition is for business handsets. This is especially the case when it comes to email-centric devices such as the E71.

Not only does Nokia have to compete with Research in Motion's BlackBerry, but it has to go head-to-head with a growing and increasingly capable range of devices based on Microsoft's Windows Mobile platform, including solid offerings from Taiwan's HTC and Samsung.

So it is fortunate for Nokia that the E71 is as good as it is. In some ways, it is a handset that is hard to pin down. It is a device that is both functional, but with high design values, one that is robust but also attractive and easy to use.

Stylistically, the E71 probably owes more to Nokia's design and fashion-led consumer handsets than its technical precursors such as the Communicator series or even the E61, the model it replaces. According to Nokia, the E71 is meant to look like a high-end phone, and largely, it pulls that off.

The e71 is slimmer than the (2G) iPhone, narrower than a BlackBerry 8820, probably its closest rival in terms of features and functions, and significantly smaller all round than its boxy predecessors, the e61 and e61i. The e71 should fit neatly into a jacket or even shirt pocket, but pick up the phone and it still has a solid heft.

The e71 comes in two versions, one with a keypad in conventional business grey, and a sexier white version. Each has a polished metal casing, actually made of stainless steel. The feeling of quality is reinforced by the etched Nokia logo on the back of the battery cover.

On the front, the QVGA screen goes almost right to the edge of the handset, with the effect of making it look slightly slimmer than it is. The keypad is, as a result, slightly narrower than on competitors' devices but the key travel is positive and typing is easy. Using the E71 for extended periods is certainly far more comfortable than an E61.

On the back of the phone the camera is housed in a raised area, which rests easily on the finger for one-handed use. This is a small touch but one which makes for a significant ergonomic improvement.

The camera itself is a 3.2 megapixel unit with auto focus and flash, which takes reasonable, though not stunning, pictures. Finding the camera button, at least in the phone's default "business" mode, is far more difficult than it should be, although users who make a lot of use of the camera could assign it to one of the soft keys. Unlike on consumer camera phones, the E71 has no dedicated shutter/camera button.