Keynote's Umang Gupta on the health of the Net

The chief exec of Keynote Systems discusses the future of web performance and how PC and mobile worlds will crossover. 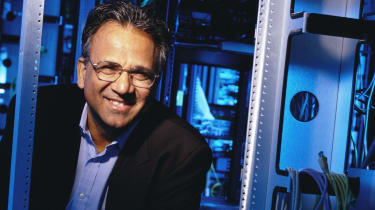 Much has been made of the importance of the emerging markets when it came to the future growth of mobile devices and mobile internet, as profit wise there was an incredible amount of potential in places like India and China.

Although mobile phones were already taken for granted to have growth potential, low cost laptops have recently been very much in the news. Consumers from both emerging markets as well as traditional purchasers such as Europe and the US have increased their demand for devices like the Asus Eee PC.

"For some occupations involving mobility, it makes eminent sense to use a small device with a small screen and keyboard," said Gupta.

"However for some like reservation operators on an airline or those working on a stock trading floor, a large screen is a crucial thing because it gives you more information and a large keyboard as you need to input a lot. So depending on the occupation you will need different devices."

Gupta said that the trick for website designers was to build content that was smart enough to figure out who the consumer of that information was and automatically reformat the information to specifically meet the needs of the consumer.

He said: "It will potentially lead to problems as it leads onto much more complications. When you have construction problems, you'll need to certify, test and verify a thousand devices works on a website other than just ten."

It was argued that there were two directions of technology. There was the PC world which was highly open, where there was complete differentiation between those who created the operating system and those who used the networks.

Then there was the world of mobile which was much more interconnected, with operators tightly controlling what phone consumers could use and the features that were available. Even though different manufacturers created the phones, operators had massive control.

Gupta said that now was the point of change: "The iPhone is the first of many that could potentially break the stranglehold of the operators."

"This gives you a good 50/50 media experience, and the technology they are using is very interesting. It could just as easily be connected to a Wi-Max system just as easily as a cellular system."

He said that it was very interesting to see what would happen, with 4G already on the horizon: "If that starts to happen, all bets are off about how this industry will evolve," he said.

"Today you'll have a limited choice to what applications you can use with your devices but maybe with the iPhone you'll have developers building up technologies that can open up the phone to many other developers. But this could be a dress rehearsal for the next one such as Google's Android platform."