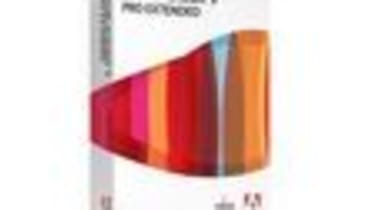 For now though, and for more general use, Adobe enables the main Microsoft apps to fill the gap by providing new Embed Video and Convert to Flash Format commands. This is an excellent example of Acrobat's ability to work closely with, and make the most of, end users' most popular applications. Acrobat 9 sees updated versions of all its macro-based PDF authoring capabilities across the full range of Microsoft's office applications - Word, Excel, PowerPoint, Access, Outlook and Internet Explorer. It also provides dedicated PDF authoring for Lotus Notes and, via the latest versions of the Acrobat Print Driver and standalone Acrobat Distiller, for any application that can print.

One major reason for using PDF is to keep searchable records and Acrobat 9 sees a number of improvements on this front. The first is support for 256-bit AES encryption, but the web page conversion tool - Web Capture - is also now much better thanks to native Flash support, and the ability to only convert selected areas of the page.

Even bigger strides have been made when it comes to converting hard copy to electronic archive with improved OCR technology and wider support for scanners. Combined with the improved output to Word's DOC format, Acrobat 9 can now double up as a dedicated OCR app. When it comes to data retrieval, Acrobat 9 also adds easy searching across all PDFs within a folder.

Rather than dealing with single PDFs, you'll often want to combine PDFs from multiple sources and even include other file formats. Previously this was left to PDF Packages which simply bundled all files together - not exactly professional. A major advance in Acrobat 9 - and an excellent demonstration of the new Flash integration - is the conversion of packages into "portfolios". These provide an attractive, interactive front-end to your component files.

Creating portfolios is a simple matter of dragging and dropping files onto the main Edit Portfolio window, then choosing a layout from a list of presets provided, adding a welcome page and header, selecting a colour scheme and specifying the file details as they will appear onscreen. It's all very straightforward and the results certainly look very polished. Designers can go further by using Flash and Flex to create their own custom layouts.

Flash-based PDF Portfolios help make the whole Acrobat experience more interactive and more modern, but in fact users have been interacting with their PDFs almost since they were invented - filling forms, signing documents and commenting on projects. Originally such interaction was restricted to users of the paid-for Acrobat apps, but recently there'sbeen a significant shift with users of the high-end Acrobat applications able to unlock this functionality for users of the free Reader program.

Acrobat 9 sees another similarly important paradigm shift for PDF-based interaction. For a while now Acrobat has supported centralized server-based hosting of PDFs but the set-up involved meant that few took it up, instead sticking with the awkward and inefficient round-robin email approach. Now, Adobe has come up with an extraordinarily ambitious fix for the problem - it's providing all of its users with free hosting on the completely revamped Acrobat.com site.