Reports suggest at least 25 new undersea cables will be laid by 2010, at a cost of over $6 billion. 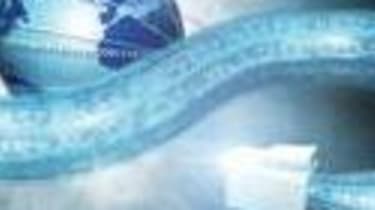 Dozens of new undersea internet cables are set to be laid over the next couple of years, providing a huge boost to worldwide capacity.

The huge boom in internet video has led to Domesday scenarios of the internet running out of capacity.

Yet, most of the bandwidth bottlenecks are found in the "last mile" of connections to the home, and not the undersea cables that underpin the worldwide internet infrastructure. Indeed, many experts believe that there is abundant amounts of "dark fibre" that remains unused in oceans across the world.

Nevertheless, the Financial Times reported that major telcos are pushing ahead with projects that will see dozens of new cables laid before the end of the decade.

At least 25 new cables will be laid by 2010, at a cost of $6.4 billion, according to TeleGeography Research, a Washington-based telecoms consultancy.

"In light of the tremendous untapped potential capacity on many submarine cables, it may seem surprising that a new cable-building boom is underway," TeleGeography claimed.

"The reasons for cable construction are often a combination of several factors; including dwindling available capacity on some cables, a desire for wider restoration options, the need for physically diverse routes, competition, and high capacity prices in some regions of the world."

The cables are predominantly set to be laid in areas such as Africa, the Caribbean and the Middle East, which are currently underserved.

Google, for example, announced plans to build a 10,000 kilometre fibre-optic cable linking the US and Japan in February.

Internet access to parts of the Middle East was cut off in February this year, when undersea cables were cut.