Xandros buys Linspire – What does it mean for Linux?

Xandros has bought Linspire with a renewed aim of establishing Linux on the desktop, but neither has made the impact that might have been hoped for... 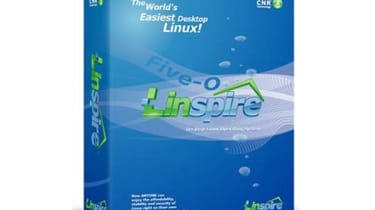 Xandros bought Linspire the other day, and nobody really noticed.

Neither Xandros nor Linspire has won the hearts and minds of Linux users or developers. Both are sold as Linux for the Windows user. Both sell versions of GNU/Linux that are easy to install and use, and both have tried, with varying success, to break into the business and consumer desktop market that is currently owned by Microsoft.

Linspire has been sold on OEM machines through WalMart in the United States. Xandros makes a solid Linux distribution that has become the default operating system on the ASUS Eee PC, through which it can claim to have gained 1.5 million users.

Both are based, like Ubuntu, on Debian GNU/Linux, the ultimate community distribution of Linux, but neither have gained anything like the mind share of Ubuntu. Both have tried to imprint a traditional software sales model on GNU/Linux. Xandros has perfected the art of slotting into Windows networks through its development of BridgeWays and purchase of Scalix - the open source e-mail and groupware server based on HP OpenMail.

Linspire owns the much touted CNR (Click 'N Run) software download mechanism for Linux that cuts across the different package formats for Linux distributions and claims to simplify installation of both free and commercial software packages.

The problem for Xandros and Linspire is that their primary market has been the OEM market for desktop users, a market that is locked by exclusionary contracts with Microsoft for Windows. The success of the ASUS Eee PC may have changed perceptions, but even where Linux has been adopted by mainstream OEMS, such as HP or Dell, the more community conscious distributions, such as Ubuntu, have tended to win. And the ASUS Eee PC may yet switch to Debian or Ubuntu.

The success of Ubuntu provides many lessons on how to succeed with free and open source software. Ubuntu has street credibility where Xandros and Linspire have been left behind.

Being easy to install and easy to use is not enough. The first lesson of "open source business" is that your first debt is to your user and developer communities, from which everything else grows. OEMs will look first to the most popular alternative.

Xandros has been with us since August 2001, when it sprang from the ashes of Corel Linux, which had its own chequered history. Linspire came into being when its previous incarnation, Lindows, was sued by Microsoft for breach of trademark. Microsoft claimed Windows as a trademark and contended that Lindows infringed its trademark.

Lindows counter-sued to have the Windows trademark revoked since Windows is a generic English word. Generic words cannot be trademarked. Microsoft settled out of court, and gave Lindows, now known as Linspire, $20 million in compensation. In return Lindows surrendered its name, but also gained acres of free publicity at the expense of Microsoft, but the publicity failed to resonate with the community.

Xandros began life as Corel Linux. Between 1996 and 1998 Corel, founded in 1985 and battered by competition in its key markets by Microsoft, had accumulated losses of $265 million. Just as things seemed to be at their darkest, Michael Cowpland, the British founder and chief executive of the Canadian software company, unveiled a bold new strategy.

Corel was to become a Linux company, distributing its own version of Linux, establishing a new market for both WordPerfect and CorelDraw, the graphics software that had been the backbone of Corel's business.

The purchase of WordPerfect was bold enough. At one time WordPerfect was the undisputed king of word processing, but by 1994 its market share had begun to crash and burn. That year Novell bought the word processor for the eye watering sum of $1.4 billion, but its fortunes didn't change, and eighteen months later Novell offloaded WordPerfect to Corel for the princely sum of $20 million in cash and $US100 million in stock.

By 1999, Microsoft had over 90 per cent of the word processing/spreadsheet market, and WordPerfect Office had become a shadow of its former self, a perfectly competent office suite, just as good as Word/Excel, but overpowered by the marketing muscle and monopoly power of Microsoft.