BT has said the fibre network will be available to 10 million people by 2012. 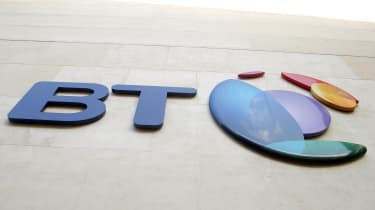 BT has said it will spend 1.5 billion to roll out super-fast broadband to 10 million homes in the next four years.

The group said it would suspend its share buyback programme with effect from 31 July, given the strategic priority of the broadband investment, but remains committed to its dividend.

It will also make the fibre network available to other Internet service providers (ISPs), such as Carphone Warehouse and BSkyB, through wholesale to ensure the broadband market remains competitive.

Those ISPs, which have put their own copper lines into BT's networks in recent years to give them more control over pricing, could also decide to repeat this process with fibre.

The programme is the largest ever investment in super-fast broadband, which will deliver speeds of up to 100 Megabytes per second.

The fibre will be linked to the street cabinet - and in some cases, such as the Olympic village for the 2012 Games - directly to the premises.

"Broadband has boosted the UK economy and is now an essential part of our customers' lives," chief executive Ian Livingston said in a statement.

"We now want to make a step-change in broadband provision which will offer faster speeds than ever before. This is a bold step by BT and we need others to be just as bold.

"We want to work with local and regional bodies to decide where and when we should focus the deployment. Our aim is that urban and rural areas alike will benefit from our investment."

BT noted a supportive and enduring environment was "essential" for the investment, which adds around 1 billion to its existing expenditure plans for fibre deployment, to take place.

It expects the initial investment will result in around 100 million of incremental capital expenditure in each of the 2008/09 and 2009/10 financial years, with the remaining incremental spend of 800 million being spread over the subsequent three years.

Ed Richards, the chief executive of Ofcom, welcomed the move. "This is a clear sign that the UK market is moving in the right direction, with a growing number of plans to deliver super-fast broadband services to consumers."

The watchdog previously said regulation was needed in the sector to ensure such investment would happen.