The newspaper publisher is moving 1,400 seats away from Microsoft Office in favour of Google’s web-based application suite 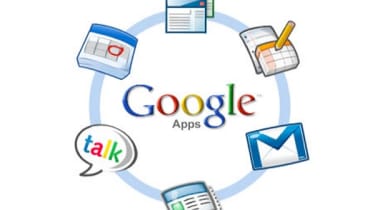 The publisher of The Daily Telegraph will migrate 1,400 seats over to Google's enterprise version of its business productivity software before the end of this year, after successfully completing a trial with 10 per cent of its users during May and June.

Paul Cheesbrough, Telegraph Media Group chief information officer told IT PRO that back in January the organisation faced the cost of signing a new three-year agreement with Microsoft to continue using its Office software suite on its XP desktops, and so it started to look for alternatives.

"Over the three years, there was a five-to-one difference with Google in terms of the investment we would be making. And the Microsoft deal included only the software licences and not the hardware or support that would have to come with it."

But Cheesbrough stressed the deal was not simply a cost-cutting exercise. "We had the same reservations as many technologists about moving our software into the cloud. But increasingly so much of our business is on the internet, in terms of the content we produce for our customers and the news feeds we use from the likes of Reuters. The deal is also a key part of our plan to move TMG towards a cloud computing' model."

The company has also purchased backup and archive systems from Google, based on technology from the web company's September 2007 acquisition of Postini.

He said that with so many journalists constantly on the move, Google Apps would allow staff to access email, documents and other information from anywhere in the world, on any device which has an internet connection.

"The trial helped answer any questions we had about security, service levels and any risks associated essentially with running your business over the internet," added Cheesbrough. "It could be said that there's no better provider to do so than Google and we've found them hugely responsive in terms of their support levels and ability to implement changes quickly."

Cheesbrough added that end-user feedback from the trial highlighted that there was a real demand for more collaborative, mobile and flexible applications within the corporate environment.

"Users really like the fact they have unlimited email inbox limits and a powerful search engine right there when they need it for example," he said. "And we're excited about the opportunities using things like iGoogle, Docs and Pages will offer staff to access information and share knowledge."