Is Linux the disruptive technology, or is it the GNU General Public License which really shook up the open source world? 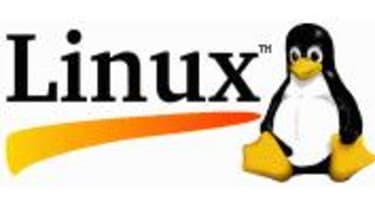 It is sometimes said that Linux is a disruptive technology - one that appears from nowhere, usually emerges as a cheap alternative to the dominant technology, and upsets and ultimately replaces the current way of doing things. Classic examples of disruptive technologies are the Intel 8086 chip and the World Wide Web, both of which, like Linux and free software, were initially dismissed as commercially impractical, and both of which ultimately transformed the market place.

The web began as a relatively primitive technology that had little appeal beyond its academic beginnings, and few of the sophistications of the prevailing proprietary networks of its time, but was gradually adopted by a wider audience and was given added value as a result. The Intel chip and its associated PC architecture had humble beginnings as a platform for hobbyists but grew to be the dominant force behind desktop computing.

What is disruptive technology?

The concept of disruptive technology was originally expounded by Harvard Business School professor, Clayton M. Christensen, in The Innovator's Dilemma: When New Technologies Cause Great Firms to Fail. Christensen's observation is that the companies which don't take note of emergent technologies get left behind - however big they think they are.

Disruptive technologies, by Christensen's definition, will tend to overturn existing pricing schemes and profit margins, and will embrace a culture at odds with the culture that precedes it. Even if the dominant vendors are ready to accept the new technologies, the vendors' hardcore followers will be reluctant to embrace them, which presents an interesting challenge for the hardware and software companies that have been most reluctant to recognize the significance of the free software revolution... and have the most to lose.

Characteristically, disruptive technologies are initially targeted at the low end of the market - the smaller customers that are considered less important by the major players - and succeed because they offer considerable price or performance advantages. The market leaders tend to be hypnotized by their success with their current customers, and ignore the true significance of the emergent technology until it is too late.

A classic example of this phenomenon is Digital Equipment Corporation (DEC), which enjoyed massive success during the eighties as a pioneering manufacturer of mini-computers. DEC dominated large sectors of industry with its extremely reliable VAX based systems, and apparently had large swathes of the market committed to its future.

But then, out of the blue came two unlikely competitors in the shape of Risc based Unix, which had superior networking and performance characteristics, and Intel based desktop computers, which had sprung straight from the hobbyist's kitchen table.

DEC was squeezed from both ends of the market, failed to adjust to the new landscape, and rapidly disappeared from view, suffering the final humiliation of being subsumed by Compaq, an upstart PC manufacturer.

Even IBM nearly went under during the eighties, accruing record losses over several years, before rethinking its strategies and eventually remodelling itself as the "open standards company".

IBM, of course, is now one of the leading providers of Linux, replacing a plethora of operating system options across its hardware range, and had donated its engineers and software to the Linux kernel foundry.

The logic, as given by an IBM vice-president back in 2003, is as follows: "People say, why would you want to give away stuff that has been of proprietary advantage to you in the past? And the answer is simple. It may not be of advantage to [IBM] in the future. In fact, there may be more of an advantage in having that kind of functionality available under Linux. Is it a charitable thing for IBM to have 250 engineers working on Linux? Long term, we are getting a cheaper operating system than we can by building our own. It's self serving. We can't build a Linux class operating system all by ourselves with only 250 people."

Linux itself does not represent any great departures from previous technologies, but has led a technological revolution that is predicated on free software licensing. The open source development model, which is facilitated by the GNU General Public License (GPL), represents a challenge and an opportunity to industry to rethink the way that information and technology is used and shared between individuals and organisations, and in some sectors - notably the financial services sector - the challenge appears to have been accepted. The disruptive technology is the license and its distinctive inversion of copyright law.