Your views: Is the desktop dead?

Desktop sales are declining – but does that mean we’re all trading in for lighter laptops? 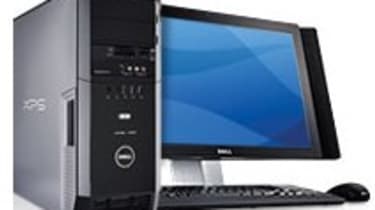 As sales of desktop computers slip, sales of laptops are growing, spurred by the success of Asus Eee PC and others, reports have shown.

Businesses aren't likely to swap desktop machines for low-cost laptops anytime soon, though some consumers seem to be making the switch. In our twice-weekly newsletter, we asked IT PRO readers if the death of the desktop is being overstated.

Ethan said for ordinary consumers, desktop computers are indeed on the way out. "The average consumer will prefer a more portable (though maybe though not necessarily as powerful processor) laptop because of the convenience it brings. Desktops will come to be used primarily by businesses and enthusiasts games, performance computing."

Stephen agreed, saying he isn't surprised that many consumers are opting for a laptop for their home computer, because they involve less hassle, space and wires. "Laptops give a far more flexible choice for your average family. Most computers in the home aren't used for work applications any further than a little bit of homework for the kids."

Alan suggested desktops are not on the wane, but that they're simply lasting longer than the five-year cycle most vendors expect. "It is just that people don't want to upgrade just yet. Money is tighter than normal and most modern PCs sold within the last five years are more than capable of doing what most users want."

And some people are holding off investing in a shiny new desktop because they're not looking forward to upgrading to Microsoft's latest operating system, Windows Vista. "I think that Window's Vista must be a big turn-off for future purchasers of PCs. I had to buy a new printer and scanner because my existing ones wouldn't work with Vista. They weren't even old ones I've had it up to the neck with Vista," said Jack.

Most readers wrote in to defend the desktop PC, saying size and power matters.

"Size matters.... that's why I love my big old desktop with its chunky 21in monitor. I love the way I can be gaming, emailing, printing, chatting and listening to music all at the same time," said Donna.

Teresa agreed: "I couldn't live without my laptop, although at home I prefer to have one desktop setup with a nice big LCD and loads of hard drive space."

Brendan said: "Until a laptop can provide enough computing and graphics power for serious gaming, desktop boxes will still be required."

"If I could get the same bus speeds and expansion options as a desktop, on my laptop, there would be no case for a desktop. But when I want more memory, faster bus speeds, expansion cards, extra optical or hard drives, I need a desktop," said Jeremy.

Mike noted that desktops are easier to fix and make better home entertainment systems, and added: "And when you go on holiday you don't feel the need to take them with you!"

Norman summed the argument for desktop PCs nicely: "I'll stick with my desktop, bigger and brighter monitor, much larger and faster hard drive, and far superior graphics card. No eye strain either when trying to read print and fonts that are not suited to the smaller screen format Laptops may be getting better, but so are desktops."