Is Nvidia vulnerable to takeover?

Our occasional series continues, as we consider Nvidia and whether it’s a likely takeover candidate in the months ahead… 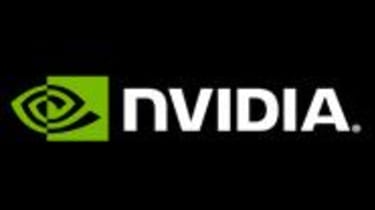 It's clear that there are several threats on the horizon, and AMD still has to be classed as one of them. Some argue that 2008 will be the year when AMD starts to turn its business around, and more worryingly for Nvidia, its ATI arm starts to deliver the goods.

Desktop graphics products such as the Radeon HD 3850 are already attracting attention for their surprisingly low price, and while it may have the top end of the desktop sector to itself, Nvidia is likely to face more pressing competition in the more lucrative mid and budget ranges. A potential new owner for AMD itself could also change the situation in yet-to-be-predicted ways.

Furthermore, there's that growing threat of Intel. Intel has quietly built up a huge graphics business by flexing its integrated platform and garnering sizeable market share as a result. It continues to plough funds and research into this area as well, and the result is a continuing line of integrated solutions that are proving hugely successful for manufacturers of mobile technology products.

While it may, at some point, even move into desktop cards, the more logical thinking is that it will leverage its position in the integrated sector, squeezing market share out of Nvidia and AMD.

It's the mobile sector too where growth is at its strongest, and as portable devices become ever more capable, demand is likely to be strong for the medium term at the very least. That Nvidia still trails in this space by some distance is inevitably a concern, even though it has made up some ground.

Yet even factoring in those challenges on the horizon, it's still hard to conclude that Nvidia is the most obvious of takeover targets. Still, that's where that AMD effect comes back into play.

Ever since AMD snapped up ATI, many immediately turned their attention to what was seen as an equally obvious union between Intel and Nvidia. In many ways it made sense that the market's other leading CPU and graphics processing specialists should join forces. Fervent speculation at the time led to share price fluctuations, and a growing belief that a deal was on the table.

Nothing, of course, materialised, leaving Intel and Nvidia fighting effectively as it turned out as independent companies against the unified threat of AMD and ATI. But there was certainly reason for the rumours, and truth behind them.

It's been admitted since in interviews that Intel looked very hard at buying both ATI and Nvidia (even before the ATI/AMD merger came to fruition), and that there was real potential for a deal. It turns out that one of the reasons why such a merger may not have pressed ahead was one of simple regulation.

It seems that there was a real fear that a deal involving Intel and one of the graphics specialists would have been instantly flagged and thus attracted government attention across the world. Weighing up that it would be a tricky fight to win, it seems that Intel walked away from the idea.

And the truth is that it's now unlikely that it'll walk back. Given the strength of its own graphics business, Intel has found itself in a strong position, which is continues to successfully monetise. With Intel out of the equation, it seems tricky to see where any other logical fit with Nvidia could be found. The usual suspects the Googles, Microsofts and such like of the world are clearly unlikely to be tempted, and it's not the kind of business that could easily attract an outside investor.

What's happened instead is that a firm that was touted widely as a takeover target a year ago has instead become a potential buyer. Current media speculation, coupled with the comparably low amount of debt on Nvidia's books, has sparked talk that it may turn out to be one of the bidders for the struggling AMD itself.

Unsurprisingly, there's no formal word on such a deal, nor is there likely to be. It's also the kind of transaction that could attract the regulatory attention that Intel had feared before.

Which leaves Nvidia's destiny almost certainly lying in its own hands for the immediate road ahead. Certainly it's a challenge to keep up the level of growth that the firm has been enjoying, but the third place that it occupies in the mobile sector is undoubtedly set to be a priority for the twelve months ahead. Events of 2008 may yet cause the question of a merger to be revisited, but right now, Nvidia shows little sign of attracting, or courting, any kind of bid.